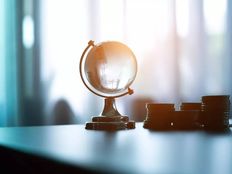 As key members of the Paris Agreement work to finalize the creation of the Climate Overshoot Commission, the message has never been clearer: Climate change is dire and will require massive investment and commitment.

The Climate Overshoot Commission will be comprised of 15 members, including former ministers, presidents, and international organization representatives, and will work to formulate strategies for how to address the dire effects of exceeding the 1.5°C, or even 2°C, target for global warming, reports Climate Home News. With increasingly urgent reports coming from the Intergovernmental Panel for Climate Change that detail the global impacts of a warming planet and set a 2025 cap on emissions in order to stay as close to 1.5°C as possible, the world’s ability to limit warming looks increasingly slim.

“The primary strategy to combat climate change should remain reducing greenhouse gas emissions, but it has also become necessary to explore additional strategies,” said Jesse Reynolds, executive secretary of the commission, in an interview with Climate Home.

The chair of the new commission is Pascal Lamy, former director general of the World Trade Organization as well as president of the Paris Peace Forum, the host for the commission. The commission’s goal will include researching carbon dioxide removal technologies, geoengineering, and the feasibility and ethics of warming reversal strategies on large scales that might be sensitive or problematic.

“How will the world manage the risk of temperature overshoot? That is the question that nobody is talking about,” said Janos Pasztor, executive director of the Carnegie Climate Governance Initiative. “There isn’t enough attention paid to the magnitude of the risk for removing the huge amount of carbon dioxide that will keep us to 1.5C.”

Options for Investing in Decarbonization

KraneShares offers a bevy of climate-related products that seek to capture the transition to a zero-emission world by 2050, whether through a focus on carbon emissions or on the transition of industries.

For investors seeking to capture the potential within industries that are transitioning to a more sustainable world, the KraneShares Electric Vehicles and Future Mobility ETF (KARS C) offers exposure to the global growth of the electric vehicle industry.

For a more unique approach to sustainability investing, the recently launched KraneShares Global Carbon Transformation ETF (KGHG ) seeks to capture the true potential within the carbon transition by focusing on companies from within industries that are traditionally some of the highest emission offenders, but that are on the precipice of transitioning to renewable technologies. These companies will likely be industry leaders in reducing carbon footprints.