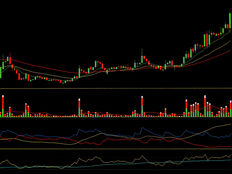 2 ETFs to Capture the Rebound in Growth

As U.S. markets rebound from a volatile week, battered growth segments have take the lead. Investors can also focus on the growth style with exchange traded funds.

Stocks retreated earlier in the week after data revealed that consumer prices spiked in April, which stoked concerns that the surge in prices for raw materials will cut down profit margins. The jump also added to fears that the Federal Reserve would pare back easy-money policies that have helped stocks rally to record highs.

Investors have dumped equities in response to the inflation fears, especially some of the high-flying growth companies that have been favored over the past year.

Nevertheless, several Fed officials have assuaged market fears, stating that they have no plans to withdraw support. The central bank will require several months of consistent data on jobs and inflation to make its decision, Gov. Christopher Waller said Thursday, the Wall Street Journal reports.

“The Fed has been very consistent,” Paul Donovan, chief economist at UBS Global Wealth Management, told the WSJ. “That is telling you something: it is telling you [higher inflation] clearly is transitory.”

As the growth style rebounds from the pummeling it received from the inflation-induced selling pressure, investors can look to assets like the Focused Dynamic Growth ETF (FDG C+), which is designed to invest in early-stage, high growth companies. FDG is a high-conviction strategy designed to invest in early stage, rapid growth companies with a competitive advantage, high profitability, growth, and scalability to sustain their leading positions.

Additionally, investors can look into the American Century STOXX U.S. Quality Growth ETF (QGRO B-). QGRO’s stock selection process is broken down into high-growth stocks based on sales, earnings, cash flow, and operating income, along with stable-growth stocks based on growth, profitability, and valuation metrics.