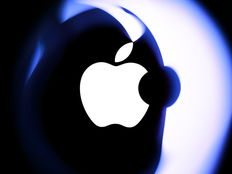 Next week, Apple Inc. (AAPL) will host its latest product launch event, where analysts expect the tech giant to unveil a new, cheaper version of the iPhone. The event, which Apple announced on Wednesday, will be held on March 8 and be broadcast on YouTube and the company’s website.

Meanwhile, the new iPad is expected to be an updated version of the iPad Air, Bloomberg reports. That device was last updated in October 2020 and currently sells for $600. CNBC is reporting that at the event, Apple could also release the latest version of its iPhone software, iOS 15.4, which has new features such as the option to use facial recognition to unlock the device while wearing a mask and the ability to accept contactless credit card payments without additional hardware.

Benchmarked against the S&P 500, LVOL is an actively managed fund that seeks to offer lower volatility than the overall market by screening for asymmetric, or downside, volatility as well as investing in companies with strong, steady growth. It looks to reduce volatility both at the portfolio level and in its individual securities. The portfolio managers seek to balance returns with risk management by evaluating the individual securities and their place and performance within their sector and overall.

ESGA is an actively managed fund that blends fundamental financial analysis with a strategy that invests in U.S. large-cap companies with large growth and value potential that rank highly on ESG metrics.

AVUS invests primarily in a diverse group of U.S. companies of all market capitalizations, across sectors and industries, emphasizing investment in companies believed to have higher expected returns. AVLV invests in a range of U.S. large-cap companies and seeks companies that are trading at low valuations with higher profitability ratios.