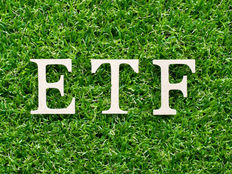 While it’s often said that mid cap equities are overlooked relative to their large- and small-cap counterparts, there are dozens of these funds for investors to consider.

The concept that may be going overlooked, at least for now, is mid cap potential in the ESG arena. The American Century Mid Cap Growth Impact ETF (MID) brings both concepts under one roof.

MID, which debuted last July, is part of American Century’s suite of active non-transparent exchange traded funds, or ETFs that do not disclose their holdings on a daily basis. The fund benchmarks to the Russell 1000 Mid-Cap Growth Index.

MID’s management teams looks for “companies that align with the United Nations Sustainable Development Goals (SDGs) that generate or could generate social and environmental impact alongside a financial return,” according to American Century.

The UN General Assembly set forth 17 SDGs in 2015 with the goal of reaching those objectives by 2030. Those goals include eradicating hunger and poverty, healthy economics, improving access to affordable and clean energy, reducing inequality, climate action, and building sustainable communities, among others.

The sheer depth of the 17 UN SDGs – there are sub-themes under each one – makes investing to this effect a daunting task for do-it-yourself investors. The American Century ETF eases the burden of aggregating these firms.

“US mid cap stocks have historically had lower risk than small caps, having grown out of the more volatile small cap phase of their development, but are still growing aggressively compared to large cap stocks,” according to Mackenzie Investments. “US mid caps have a history of long-term performance. The Russell Mid Cap Index has outperformed the S&P 500 (large cap index) and the Russell 2000 Index (small cap index).”

Additionally, mid caps are often more domestically focused than large caps, levering stocks in the middle to economic recovery. With almost 28% of its weight (as of March 31) allocated to materials, consumer discretionary, and financial services names, MID has the goods to capitalize on a cyclical rebound.