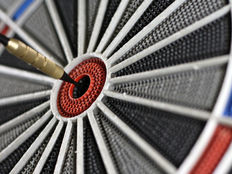 The Labor Department’s closely watched employment report revealed non-farm payrolls increased by a more than expected 850,000 in June as companies raised wages and offered incentives to bring back millions of unemployed Americans. The unemployment rate still rose to 5.9% last month from 5.8% in May, Reuters reports.

“For capital markets, equities and bonds, this was a goldilocks report. It was strong enough but not too strong which is exactly what they wanted to see,” Darrell Cronk, chief investment officer at Wells Fargo Wealth & Investment Management, told Reuters.

Market observers were wary of a stronger-than-expected jobs report, which could push the Federal Reserve to pull back its supportive monetary policies to head off an overheating economy.

“From a market perspective, this was an all-out positive jobs report,” Seema Shah, chief strategist at Principal Global Investors, told the Wall Street Journal. “While the stronger-than-expected payroll number signals a continued buoyant recovery, the rise in unemployment rate suggests some slack in the market and, therefore, hopefully some respite for the Fed hawks.”

“The ‘Will they, won’t they’ Fed question still stands, but at least today’s number isn’t triggering major navel gazing,” she added.

Investors who are interested in the growth style can turn to targeted strategies like the American Century Focused Dynamic Growth ETF (FDG C+), which is designed to invest in early-stage, high-growth companies. FDG is a high-conviction strategy designed to invest in early-stage, rapid-growth companies with a competitive advantage, along with high profitability, growth, and scalability.

Additionally, investors can look to the American Century STOXX U.S. Quality Growth ETF (QGRO B-). QGRO’s stock selection process is broken down into high-growth stocks based on sales, earnings, cash flow, and operating income, along with stable-growth stocks based on growth, profitability, and valuation metrics.