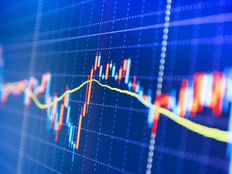 U.S. markets pushed higher Thursday with the growth style and related exchange traded funds taking charge despite data that revealed a surge in consumer prices and a recovery in the labor market.

The Labor Department announced that consumer prices rose 5% in May year-over-year, the highest annual inflation rate in nearly 13 years, the Wall Street Journal reports. Investors are now trying to determine whether the surge will fade away or be long-lasting, potentially forcing the Federal Reserve to rein in its accommodative monetary policy.

“As long as we’ve got cheap money, we’ve got a savings glut, not just in the West but in Asia. I think there is decent support for stocks,” Jane Foley, head of foreign-exchange strategy at Rabobank, told the WSJ. “I don’t imagine there is going to be a really serious downturn.”

While inflation concerns have somewhat eased, the updated consumer price number won’t end the arguments over how inflation could pan out in the months ahead.

“What’s quite stunning given the debate over inflation that has been really dominating market attention this year is that bond yields this week have slipped so far,” Foley added.

Additionally, separate data showed jobless claims, or a proxy for layoffs, dipped to 376,000 last week, extending a pullback for unemployment benefits and adding to signs of a rebounding labor market.