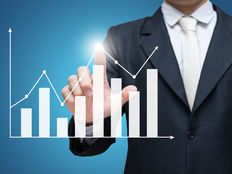 If Munis Rebound, TAXF Could Tantalize

Combine the imminence of the commencement of the Federal Reserve’s rate hike program — likely March — and longer durations, and it’s been a trying start to 2022 for municipal bonds.

Some analysts believe that the worst is behind the asset class, indicating that now could be an opportune time for investors to consider exchange traded funds such as the American Century Diversified Municipal Bond ETF (TAXF B).

“Bank of America Corp. says the worst of this year’s selloff in the municipal bond market might already be over, though there may be some additional pain in March after the Federal Reserve’s rate decision,” reports Skylar Woodhouse for Bloomberg.

TAXF, which debuted in September 2018 and has $226.78 million in assets under management, offers muni investors some perks in the current environment, including its status as an actively managed fund. As an active fund, TAXF can minimize interest rate risk while still potentially capitalizing on credit opportunities.

There’s another reason that TAXF is a valid near-term consideration for income investors. Markets and investors hate uncertainty, but it can be argued that if the Fed proceeds with a rate increase at its March meeting, clarity will arrive.

“With the timing of expected policy tightening at the central bank now shifted to next month, the first quarter should absorb most of the bearish price action, analysts led by Yingchen Li wrote in a note Friday. And the more the Fed lifts rates at its next meeting, the clearer the path of rates will be in 2022, they said,” according to Bloomberg.

The four-star rated TAXF is also attractive because it can allocate up to 35% of its portfolio to high-yield municipal bonds, which is a segment of the muni bond market that historically proves durable against the backdrop of rising rates. And because TAXF is actively managed, it can minimize default risk in superior fashion relative to an index-based strategy. Investors are starting to revisit munis.

“Investors added $216 million to municipal-bond funds in the week ended last Wednesday, with some investors seizing the opportunity to snap up bonds with higher yields,” notes Bloomberg.

Over the past three years, TAXF beat the widely followed S&P National AMT-Free Municipal Bond Index, according to issuer data.