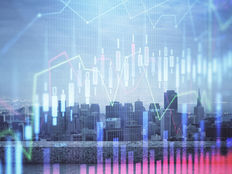 U.S. markets rose Friday toward their fourth consecutive month of gains, with growth exchange traded funds back in style, as investors brushed off inflation concerns.

Consumer prices as measured by the personal consumption expenditures (PCE) price index, excluding more volatile food and energy prices, were up a slightly higher than expected 0.7% over April after a 0.4% dip in March, Reuters reports.

Over the 12 months ended April, the core PCE price index advanced 3.1%, overshooting the Federal Reserve’s 2% target and revealing pent-up consumer demand as the economy tries to recover from the coronavirus pandemic.

“The market is less concerned about the inflation numbers and more interested in the fact that the reopening of the economy would lead to better corporate performance,” Rick Meckler, partner at Cherry Lane Investments, told Reuters.

“Recent commentary from the Fed has helped calm inflationary fears,” he added.

Market observers have also pointed out that this spike in inflation may be short lived. The jump in demand after Covid-19 restrictions were lifted, along with supply chain problems, could have contributed to the price spike last month.

“We don’t think the Fed’s going to raise rates aggressively. We think they’ll remain behind the curve because they want to help the economy recover,” Paul Flood, investment manager at Newton Investment Management, told the Wall Street Journal. “Everybody is expecting inflation in the short term.”

The tech segment was leading the charge Friday, with Salesforce.com Inc surging after raising its outlook on revenue and profit, which was supported by higher demand for cloud-based software during the pandemic.