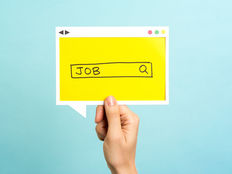 The Labor Department revealed nonfarm payrolls increased by 559,000 jobs in May on the vaccination drive and a re-opening economy, following an unexpected dip in the labor market over April, Reuters reports. The numbers came in lower than average economists’ expectations of 650,000 new jobs.

“It signals the economy continues to recover, but not too quickly to get the Fed to begin either curtailing (bond) purchases or raising rates,” Michael Arone, chief investment strategist at State Street Global Advisors, told Reuters.

Concerns of a quick economic recovery have added to fears of rising inflation and the potential for the Fed to cut back on its crisis level support, which has weighed especially on the previously high-flying growth segment.

“Nothing from today is going to move the needle for the Fed imminently,” James McCann, deputy chief economist at Aberdeen Standard Investments, told the Wall Street Journal.

Barring a sustained pickup in wage pressures, “the Fed remains convinced that short term price pressures will not last, suggesting that rates will be on hold until 2023 absent any nasty surprises,” McCann added.