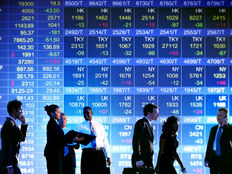 Municipal bonds and the related exchange traded funds are encountering some headwinds to start 2022, the bulk of which stem from the Federal Reserve’s plans to imminently boost interest rates.

On the other hand, there’s still a strong fundamental case for munis even with Fed tightening looming as soon as next month, indicating that rate hike jitters could provide opportunity with ETFs such as the American Century Diversified Municipal Bond ETF (TAXF B).

As seasoned municipal bond investors, one of the primary factors to consider when evaluating this corner of the bond market is the ability of issuers, including cities and states, to collect taxes. Fortunately, things are bright on that front.

The actively managed TAXF features exposure to munis issued by a variety of states with its top five state exposures being California, Texas, New York, Florida, and Arizona, as of the end of last year. Arizona, Florida, and Texas are three of the fastest-growing states in the country. Translation: Tax bases in those states are expanding, potentially highlighting long-term appeal with TAXF.

As for California, the state is replacing some of the jobs lost during the coronavirus pandemic, and state coffers appear mostly healthy today, indicating that TAXF’s California holdings should be steady for the foreseeable future.

“Among the the greater threats from rising interest rates will be the hit to low-coupon bonds. Over the past few years, low-coupon bonds have been embraced by investors because they can offer higher yields, but their longer duration can be a risk during rate hikes,” according to Bloomberg.

For its part, TAXF, which holds 413 municipal bonds, has modest high-yield exposure. Over 71% of the ETF’s holdings are rated AAA, AA, or A. TAXF also minimizes interest rate risk. The fund’s duration is 6.12 years, according to issuer data. That puts it firmly in intermediate-term territory, the segment of the municipal bond space that some experts believe is best-suited to deal with rising interest rates.