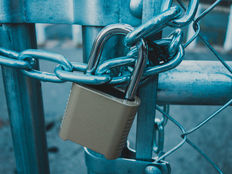 The vital role that liquidity plays is something that investors have learned the hard way historically; the most recent example before this latest ruling was when Robinhood temporarily froze trading in hot stocks like GameStop and AMC in January. In the past, the financial crisis of 2008 saw even what are considered extremely safe and reliable money-market funds cease money dispensation to shareholders temporarily, and the “flash crash” in May 2010 saw liquidity disappear instantaneously.

There are almost 12,000 stocks and bonds that are listed in OTC markets that aren’t carried on the NYSE or Nasdaq, and it is primarily individual investors who are interacting within these markets. OTC markets are places where legitimate and illegitimate companies both can be found, creating potential risk for investors.

The SEC ruling was an attempt to regulate this space and ensure that there was a level of transparency that didn’t previously exist for investors. The ruling means that brokers cannot provide public price quotes, and therefore often cannot trade the stocks and bonds publicly of any companies that haven’t released current financial information. While this shouldn’t be an issue for legitimate companies, the norm within the markets up until now has been one where companies simply don’t release their financial information at all.

What ensued was pandemonium as individual investors suddenly found themselves frozen out of buying most stocks; they could sell what they already owned, but as prices dropped in the midst of the chaos, they could not partake in any buying. What’s more, professional investors are being permitted by brokers to continue trading, and so they are scooping up market shares in spaces where retail investors are essentially flash-frozen into most of their investments as of the end of last month.

“If [small investors] were not paying attention to that rule change, they’d better be happy with what they own, because they may be stuck with it for a very long time,” says Robert Forster, a former hedge-fund portfolio manager who occasionally trades OTC. “You owned a publicly traded security; now you’re a private-equity holder. Congratulations! You own it forever.”

American Century Investments understands the importance of liquidity within markets. With their offering of the American Century Low Volatility ETF (LVOL C+), investors are able to invest in the market long-term with less volatility, especially in downturns when liquidity abruptly changes.

Securities are sold when they become less viable compared to other opportunities, when the risk becomes greater than the return potential, or when other events that might change its prospects occur. By balancing risks and responding to changing market conditions as they happen, American Century works to capitalize on market liquidity.