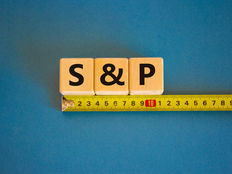 The S&P 500 has doubled from its Covid low of 2,237.40 in March of 2020, the fastest rally since the second World War, reports CNBC. The market took only 354 days to recover in what continues to be an unprecedented epoch.

Typical market recovery from a recession or drop of the magnitude experienced in March of last year is more than 1,000 days, CNBC has calculated. On Monday, the S&P closed at a record 4,479.71, up 0.3% for the day and a 100% gain from the March low of the previous year.

The unprecedented 30% drop in March of 2020, the fastest in history for the S&P, was met with fiscal and monetary stimulus; the Federal Reserve cut interest rates to close to zero and infused the markets with $120 billion in emergency monthly bond purchases. At the same time, the government stepped up with Covid relief spending in the form of direct payments and unemployment insurance to Americans struggling in the midst of the pandemic.

A massive earnings season shows that many of the business fundamentals are sound, with S&P 500 companies set to report a 93.8% increase in the second quarter, after a year-over-year growth of 53% for the first quarter.

“This quarter can be characterized by not only a large number of beats, but also the impressive magnitude of surprises,” David Kostin, head of U.S. equity strategy at Goldman Sachs, said in a note. “Companies are confident that rising input costs can be offset or managed. Firms are taking advantage of excess cash and prioritizing investments for growth while simultaneously maintaining high levels of buybacks.”

Despite such a stunning recovering and impressive earnings, analysts are starting to look toward the horizon with concern. The impending potential economic impacts of delta are an unknown quantity that have many fearful of repeat shutdowns, as well as the Fed starting to consider dialing back bond purchasing policies that have helped keep things afloat until now.

What’s more, the market hasn’t experienced a pullback of any decent magnitude in the last ten months, something analysts are increasingly concerned about.

“Although we remain bullish, we haven’t seen so much as a 5% pullback since last October, so one might want to continue to avoid walking under a ladder, but also be aware some type of well-deserved market pullback could be in the cards at any time,” said Ryan Detrick, chief market strategist at LPL Financial.

Concerned about Drawbacks and Volatility Downturns?

For investors that have an eye on the horizon and are feeling increasingly concerned about potential drawbacks, the American Century Low Volatility ETF (LVOL C+) might be a solution to consider, as it looks to track the market long-term while also offering less volatility, especially in downturns.

Securities are sold when they become less viable compared to other opportunities, the risk becomes greater than the return potential, or other events that might change its prospects.