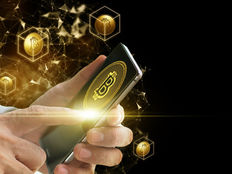 A Look Ahead at Bitcoin's Potential Evolutions

Bitcoin has had its first major upgrade in years, one that improves smart contracts on the network, increases privacy for users, and brings the cost of transactions down. With the Taproot soft fork now activated, taking a peek behind the curtain to see potential future upgrades can help investors and enthusiasts understand where the most popular cryptocurrency could be headed next.

The Taproot soft fork has finally been switched on for the Bitcoin network, an upgrade focused on privacy and making scalability easier going forward. It’s the first time the network has had an upgrade of this magnitude in four years, with the last major soft fork being SegWit, CoinDesk reports.

While work continues for outside users to be able to interface with Taproot changes, as well as potential upgrades that Taproot makes possible still in the hopper, such as cross-input signature aggregation (CISA), pivoting to look at the long-term potential of the Bitcoin network gives a good idea of what to expect in the future.

One soft fork that developers are considering is called SIGHASH_ANYPREVOUT and would allow transactions to be signed without needing a specific output (the coins being sent) up front. A problem that users are running into now that this particular update would help alleviate is the need for the Lightning Network — a network overlay that optimizes speed and scalability of bitcoin transactions while reducing costs — to carry data that is up-to-date. If this data is lost, funds can be lost with it, and the update would work to prevent that.

Another major change being kicked around is the introduction of covenants, which would change the blockchain’s code in a way that limits where funds can be sent by a user. This kind of restriction would help to add a level of security in because covenants would allow the creation of “vaults,” a feature that would enable users to retrieve funds even if they are stolen. Other uses for covenants could include optimizing flow and reducing congestion, as well as channel factories — a mechanism where multiple parties agree to a contract that creates payment channels for them to interact off-network as long as all parties agree to the exchanges — thus reducing the amount of data they use and saving money in fees.

Sidechains and drivechains are both potentials in future updates, though sidechains stand a far higher likelihood of being enabled. Sidechains are blockchains that are attached laterally to the Bitcoin blockchain and allow for experimentation and new technology creation. If bitcoin is the foundational house, sidechains are the second story that can look any number of ways. Sidechains could be a direct competition for alt coins as new technologies could be created directly within the network on a sidechain instead of needing an independent alt coin.

Drivechains, on the other hand, enable bitcoin to be created, deleted, sent, and received from sidechains and can transact an unlimited number of times on the sidechains, and in novel ways. Transferring bitcoin between the sidechain and main blockchain wouldn’t use verifiable proof but would instead transfer the bundle over in a process that takes months to complete. It’s a system that would empower miners, as they would be able to collect fees from the chains immediately without needing additional software, thus handing them more power within the Bitcoin network. Because of the perceived power imbalance, developers think that the odds of drivechains being enacted are slim.

Investing in the Future Potential of Bitcoin With BITF

Bitcoin prices are volatile right now, but the future looks bright for the blockchain, particularly as the newest soft fork takes root. For investors looking for exposure through the futures market, the Valkyrie Bitcoin Strategy ETF (BTF ) is a great way to invest in the innovation of the Bitcoin network without being directly invested in the cryptocurrency.

BTF is an actively managed fund that invests in bitcoin futures and has no direct exposure to bitcoin itself. The fund offers dual protections for investors via the CFTC regulation of the futures markets and the protections built into the fund itself as a 1940 Act ETF. BTF only deals in cash-settled, “front month” bitcoin futures contracts when possible, or else the next nearest expiration date.

The sub-advisor of BTF is Vident Investment Advisory, and the futures contracts are invested in indirectly through a Cayman Islands subsidiary so as to circumvent the need for a K-1 for tax purposes for investors, a common practice. The fund also utilizes collateral investments to attain liquidity; these include cash, cash-like instruments, or high-quality securities such as money market funds, U.S. bonds, and other sources.