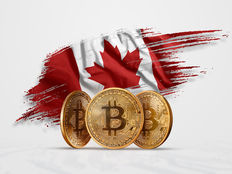 All seven Canadian Crypto ETFs boasted auspicious beginnings this spring but have seen major pullback in asset growth since May.

For example, the Purpose Bitcoin ETF (BTCC), Canada’s first crypto ETF, had a massively successful launch in February, with the fund collecting over $421 million AUM in its first two days (all figures in U.S. dollars). By mid-April the fund had over $1 billion in assets under management.

While the SEC continues to delay approval of U.S. crypto ETFs, Canada has approved at least seven this year.

But there appears to be only so much market share available for these products, particularly second- and third-movers.

For example, the Evolve Bitcoin ETF (EBIT), which launched one day after BTCC, held $91 million in mid-April. It has since fallen to $77 million.

Meanwhile, the CI Galaxy Bitcoin ETF (BTCX) launched on March 5th and currently has an AUM of $191 million. That’s higher than EBIT, but still far short of BTCC.

Both ETFs have struggled to pick up much in the way of assets. HBIT has just over $2 million in assets, while BITI has $15 million.

Even Ethereum ETFs are seeing a slowdown in asset growth.

On April 15, Canadian regulators approved three Ethereum ETFs, all of which began trading on April 20.

Due to Canadian regulations regarding fund disclosure, none of these funds can publish performance statistics until the funds complete a full year.