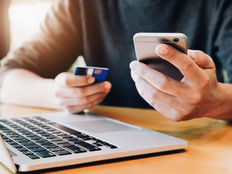 Apple has announced that it will be offering its new service, Tap to Pay for iPhones, later this year. The new feature will allow businesses and merchants to use the iPhone as a point-of-sale option via contactless payments, reports CoinTelegraph.

The new service will use near-field communication technology and as of now will include its signature Apple Pay as well as contactless credit and/or debit cards and other digital wallets. Unless it is specifically excluded, this could mean that crypto users with Coinbase cards, Crypto.com Visas, and the like would be able to link their cards and thereby cryptocurrencies to pay through the Tap to Pay service.

As of now, Apple has revealed that Stripe, an Irish-American fintech company, will be the first platform offering the feature, but they have said that other apps and platforms will be included later in the year. It follows a joining of Coinbase, Apple Pay, and Google Pay last August that created an avenue for crypto asset purchasing on Apple Pay for U.S.-based customers using their credit cards and bank-issued cards.

Coinbase initially launched their Coinbase Card in June 2021 that allowed users to spend their cryptocurrencies for purchases as well as ATM withdrawals, and Crypto.com soon followed suit with their Visa card. Since the two cards can convert cryptocurrencies to fiat money on demand, users of Apple Pay may be able to use Tap to Pay for their purchases and pay with cryptocurrencies.

It stands to reason that Apple will block any attempts to pay directly with bitcoin or other cryptocurrencies, but by utilizing some of the available cryptocurrency cards, Tap to Pay will likely be able to convert cryptocurrency to dollars in real time for purchases.

The speculation around Tap to Pay allowing cryptocurrency payments via credit cards follows the announcement that Cash App, a mobile payment platform developed by Block, is now compatible with the Bitcoin Lightning Network, allowing for payments in BTC to anywhere that accepts Lightning as payments. As of now, the feature is available in the U.S. except for New York.

BLOK Invests in the Innovators Within Crypto

The Amplify Transformational Data Sharing ETF (BLOK B-) is a great solution for investors looking to capture the innovation of some of the biggest movers and shakers within the crypto economy and blockchain.

BLOK currently has $1 billion in AUM, is actively managed, and invests in companies directly involved in developing and using blockchain technology. BLOK was also the first blockchain ETF approved by the SEC and launched in 2018.

Top holdings include Coinbase Global Inc. (COIN) at 4.55%, Block (SQ) at 2.29%, as well as Mastercard and Visa, all innovators in cryptocurrency payments.