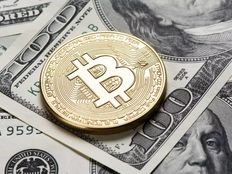 Assessing the Merits of Bitcoin on Balance Sheets

Boosting the adoption and usage cases for bitcoin, some companies are holding the world’s largest cryptocurrency on their balance sheets.

Part of VBB’s depth is attributable to flexibility. The fund is actively managed, and while it looks to direct 80% of its assets to companies with “innovative balance sheets,” it can also direct 20% to firms such as “bitcoin trading platforms, bitcoin miners, bitcoin custodians, digital wallet providers, companies that facilitate payments in bitcoin, and companies that provide other technology, equipment or services to companies operating in the bitcoin ecosystem,” according to Valkyrie.

VBB’s flexibility is important because it confirms that the fund can be responsive to emerging trends in bitcoin on balance sheets.

“Other companies, ranging from electric car maker Tesla to Square, the payments company, have followed MicroStrategy’s lead, adding bitcoin to their balance sheets Coinbase, the country’s largest crypto exchange, went public through a direct listing in mid-April this year, its valuation at the end of its first trading day—nearly $86 billion, more than 10 times its previous private valuation – seemed to signal pent-up institutional enthusiasm,” according to Deloitte.

In order, Microstrategy, Block, Tesla, and Coinbase combine for nearly 35% of VBB’s weight, according to Valkyrie data.

Underscoring the long-term case for VBB is the fact that there’s ample room for growth when it comes to companies holding bitcoin. As noted above, VBB holds just 45 stocks, and as Deloitte points out, an unspecified survey indicates that just 5% of polled chief financial officers plan to direct their companies from cash to bitcoin over the near term. Much of that apprehension boils down to governance issues.

“More than creating a policy, governance begins with understanding the types of investment the company is making and where a particular alternative investment vehicle, like bitcoin, fits within the broader investment strategy,” adds Deloitte. “Given that it’s a financial investment, it’s imperative that top executives, including the CFO, treasurer, and board of directors, have a clear understanding of the asset’s risk profile, the company’s tolerance for risk, and how these two dimensions may—or may not—align.”

Then there are custody and tax matters, among other issues. Conversely, companies aren’t rewarded much for stashing cash in T-bills so as interest rates remain low, some may nibble at bitcoin as an avenue for generating appreciation on some of their cash.