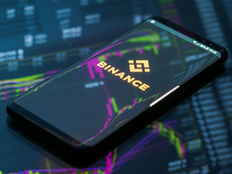 Binance, the largest cryptocurrency exchange in the world, has been banned from operating in the U.K.

The Financial Conduct Authority (FCA) published a warning this Saturday that Binance Markets Limited, the firm’s U.K. division, is not allowed to “undertake any regulated activities without the prior written consent of the FCA.”

The FCA has ordered Binance to remove all advertising and promotions by June 30th.

Binance must also add a prominent notice to its website and apps alerting U.K. users to the FCA’s warning and making it clear that no other Binance Group has U.K. authorization to conduct regulated activity.

The scope of the ban is limited, according to an FCA spokesperson, says CNBC.

Non-registered firms can still do business with U.K. residents, meaning Binance can still offer crypto trading to the U.K. through its website, just not through BML.

According to a thread on Binance’s Twitter account, the move comes because BML is a separate legal entity from Binance.

Binance acquired BML in May 2020 and BML has not offered any products or services through the Binance website.

Financial analyst Laith Klalaf told CNBC that the FCA is specifically clamping down on derivatives, as merely providing access to crypto “itself is not a regulated activity.”

Binance had applied with the FCA earlier this year to launch a digital asset marketplace in Britain, but withdrew its application because it did not meet the FCA’s anti-money laundering requirements.

The U.K has been particularly tough on crypto lately. The Bank of England’s governor, Andrew Bailey, recently declared that digital currencies will not get a regulatory “free pass” just because of their potential for innovation.

Bailey went on to say that according to the Bank of England, Bitcoin is not considered money and has no intrinsic value.

Other countries have been cracking down on cryptocurrencies as well.

Japan’s Financial Services Agency also issued a warning last week that Binance is not registered to conduct business in Japan.

U.S. regulators have continued to stall decision-making on Bitcoin ETFs and IPOs of companies heavily involved in crypto trading, such as Robinhood.