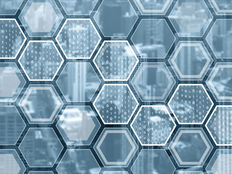 Blockchain is a technology with seemingly infinite possibilities in a digital age; as a peer-to-peer ledger network, it has the ability to store any kind of data that might have privacy concerns in a decentralized space. One such industry that could benefit from blockchain use and is actively exploring the potentials is the medical field, reports Pharmacy Times.

Blockchain is most commonly known for bitcoin and ether, two tokens from their respective networks that trade on exchanges. Bitcoin is only the cryptocurrency on its blockchain for now, but ether is native to the Ethereum platform, which hosts a wide variety of decentralized finance apps on top of its blockchain.

Because of the way that blockchain technology works, with each block containing a time-stamped set of data that links to the block before it and uses cryptography to ensure privacy and anonymity, it seems to be a reasonable step to consider this particular technology for confidential medical records.

PHRs in their current iteration utilize cloud services such as Google Health, Apple Health, and others, which creates a point of weakness for security purposes as all of the information is now reliant on a singular third party for privacy and protection. EHRs are facing the same concerns of privacy from third party providers.

There have been evaluations into using blockchain for EHRs with the Healthchain prototype. Blockchain is a natural solution for privacy concerns because of its use of smart contracts and decentralized architecture. Healthchain was found to have potential as a health data network, but it has several issues to solve before it could be considered seriously.

The technology would need to be more efficient in the number of transactions it could handle; newer blockchains like Solana can process roughly 50,000 transactions per second, but those evaluating the system believe that it needs to be much more robust than that before it could be considered for healthcare purposes. Costs are another barrier for now.

Another major issue that the experimenters ran into was that the size of the data itself would need to be significantly pared down. Using Ethereum 1.8.4, PHRs were sent through, but 24.7% of the data never loaded up onto the network due to size restraints on the data blocks. Data would need to be more efficient in a multitude of ways, but the network holds a lot of potential, particularly for a first attempt at testing viability.

The potential uses for blockchain technology continue to grow as more industries begin to test how they can utilize digital assets to increase efficiency.

BLKC is based on the Alerian Galaxy Global Blockchain Equity, Trusts and ETPs Index. The index is divided into two categories. One category includes companies that develop blockchain, mine or buy cryptocurrency, or have enabling technologies, all of which are equally weighted and collectively constitute 85% of the index. The other category consists of ETPs and private investment trusts that are traded OTC and are linked to cryptocurrency, all of which collectively constitute 15% of the index.

As of now, the only ETP BLKC invests in is the Grayscale Bitcoin Trust BTC (GBTC).