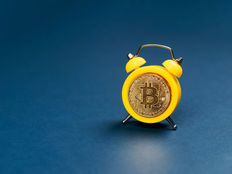 Buy on the Dip? Timing Your Investments in Crypto

These days, it’s hard to imagine a universe in which Bitcoin isn’t constantly garnering headlines. Yet there are times when the fanfare surrounding the largest cryptocurrency ebbs. Some market observers believe those are the times to buy.

Some early Bitcoin investors confirm it’s a good idea to buy the digital asset when hoopla is diminished.

“The best time to buy bitcoin is whenever blood is on the street, everyone’s panicking, and no one’s talking about it,” said an unidentified investor in an interview with Business Insider.

The rapid rise of Bitcoin has generated fierce debate concerning the long-term viability of investing in cryptocurrencies.

While the decline may be painful, it doesn’t mean digital assets should be written off. In fact, some experts argue that Bitcoin declines are buying opportunities. One of the obvious history lessons with Bitcoin is that its slumps, which are often nasty, usually give way to significant upside.

Buy Bitcoin When No One Is Talking?

“Bitcoin’s deflationary nature discourages using it as a real currency, according to him. He lost 16 bitcoins in the Japanese cryptocurrency exchange Mt. Gox, one of the few exchanges that early adopters could trade on. It closed abruptly in 2014 following its collapse after hackers apparently raided the exchange. Almost 850,000 bitcoins belonging to investors were lost,” according to Business Insider.

Among the long list of issues facing Bitcoin and other cryptocurrencies is adoption. When will crypto become more widely accepted for mainstream activities?

For HODLers and crypto fans alike, the good news is the adoption trajectory for Bitcoin looks compelling. Looking at the S-curve, which measures adoption of new technologies, Bitcoin is right where it should be according to many market observers.

The idea of decentralized currencies goes far beyond Bitcoin and Ethereum. Today, all kinds of companies, organizations, and governments are exploring the concept of initial coin offerings, or ICOs.

Businesses and currencies exist for roughly the same purpose: to facilitate the exchange of value. Fiat currencies like the U.S. dollar are positively primitive compared when compared with the promise of blockchain and the emerging token economy, which some technologists have taken to calling an asset operating system.

Bitcoin has sometimes been referred to as ‘digital gold’, with supporters suggesting it could be a good safe-haven investment. However, the cryptocurrency has tended to trade closer to equity markets in recent times and has been plagued by massive volatility, which has either made investors fortunes or crushed them.