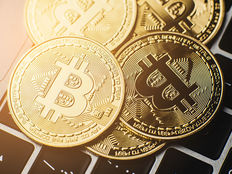 As of March 2, Bitcoin traded just below $49,000. The largest cryptocurrency previously topped $50,000 on its way to $1 trillion in market value.

There was a time when numbers like those for any digital asset were unthinkable. Some market observers believe the notorious cryptocurrency can eventually ascend to $100,000.

“Could Bitcoin surpass $100,000 by the end of the year? It depends on who you ask. Advocates of crypto are feeling very bullish at the moment and are confident that 2021 will be the year Bitcoin steps into limelight,” notes Giles Coghlan, Chief Currency Analyst, HYCM. Traditionalists are more skeptical and see cryptocurrencies as a risky and unpredictable asset.

Bitcoin has been thriving for months, but in the eyes of a couple of venerable banks, the moment is now for the largest cryptocurrency. The long-term allure is undeniable.

Currently flirting with $50,000, there’s a potentially significant runway for Bitcoin price appreciation as the usage case expands and more institutional investors step into the market.

“Bitcoin is, by its very nature, a volatile asset. Recent gains have been less about market fundamentals and more about the general public hype. Already, the momentum witnessed following Elon Musk’s tweets seem to be waning, and while the price per coin is hovering around $50,000 USD, it’s too early to tell whether this will be the new baseline support level for Bitcoin,” adds Coghlan.

Fortunately, fundamentals, not hype, are likely to drive future price appreciation for Bitcoin.

“In my mind, what will drive the price to new highs will not be public endorsements and general hype. Instead, it will be the acceptance of the digital currency as a fundamental component of the financial markets by large institutional funds and regulatory bodies. Should this occur, the crypto market will no longer be dominated by retail investors and could become less volatile as a result,” concludes Coghlan.