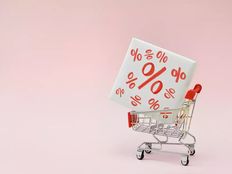 Bitcoin miners are classified as growth stocks, and as such, it’s not often that these names sport value, but that’s happening today.

That could increase the allure of exchange traded funds, such as the Valkyrie Bitcoin Miners ETF (WGMI ), which debuted last month. The actively managed WGMI doesn’t throw a bunch of bitcoin miners together to construct its portfolio. Rather, the Valkyrie fund emphasizes miners’ use of renewable energy. That’s highly relevant in the WGMI conversation because the biggest cost for bitcoin miners is electricity.

“Based on their operating costs—primarily electricity—most miners look solidly profitable. Costs per Bitcoin mined range from $4,500 to $16,000 across the industry. With the price of Bitcoin above $44,000—and rising lately—miners should be highly profitable on an operating basis. Many miners also hold Bitcoin on their balance sheets. And several are using renewables or stranded electricity—such as excess power that isn’t used by a regional grid—to reduce their carbon footprint,” reports Daren Fonda for Barron’s.

Beyond that, it appears that some bitcoin miners, including several members of the WGMI portfolio, are currently sporting attractive valuations.

Riot Blockchain and Marathon Digital Holdings combine for over 9% of WGMI’s weight while Core Scientific commands 1.72% of the ETF’s weight, according to Valkyrie data. Stifel analyst Suthan Sukumar recently spoke bullishly on Hut 8 Mining (HUT), which accounts for 2.58% of WGMI’s portfolio.

Additionally, bitcoin — the world’s largest digital currency — is currently in rally mode. If it takes out $50,000, that could foster fresh buying and potentially upside for miners, including those dwelling in WGMI. Should bitcoin’s all-time high come into play, that could spark more upside for WGMI and its components.

“A recovery in Bitcoin back to its 2021 highs near $70,000 would likely provide a big boost for the miners. If the crypto doesn’t rebound, however, the stocks may continue to trade cheaply, reflecting investor skepticism that mining profits aren’t sustainable,” concludes Barron’s.