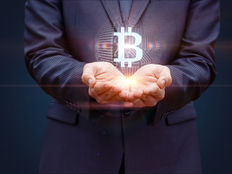 Bitcoin may not see the future, but it was quick to price in a wave of expected economic stimulus as Democrats won the two Georgia Senate seats earlier this month.

Last week, the incoming president pushed a $1.9 stimulus package that will include some direct assistance to Americans.

“First Mover wrote last October how a “blue wave” in then-upcoming U.S. elections – full control of the government by Joe Biden’s Democratic Party – could lead to trillions of dollars of new government spending on coronavirus relief and economic stimulus,” reports CoinDesk’s First Mover column. “That wave has arrived, in the form of a $1.9 trillion coronavirus-relief package proposed late Thursday by U.S. President-elect Biden. And some Wall Street analysts are now wondering openly if the economy and markets are becoming hooked on stimulus.”

Where Does Bitcoin Go from Here?

More government spending is viewed as a negative for the U.S. dollar, indicating Bitcoin is expanding its position as an alternative to weakening fiat currencies.

Bitcoin, blockchain, and cryptocurrencies provide a new avenue to transfer wealth instantaneously over the internet. The cryptoasset market has been an innovative disruptor, reflecting all the classic phases of a disruptive technology.

“Cryptocurrency investors could jump straight to the implication: The Federal Reserve might need to print trillions of new dollars to help finance any extra borrowing by the U.S. Treasury Department. That in turn could spur more demand for bitcoin, seen by a growing number of investors as a hedge. With the world’s largest digital asset gaining 300% last year, Bitcoin has also garnered attention from some of Wall Street’s most famous investors, like Paul Tudor Jones and PayPal Holdings Inc. against inflation,” according to CoinDesk.