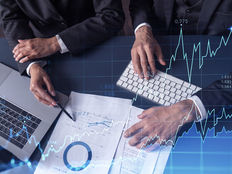 Count bitcoin miners among the names that were dragged lower by the dual headwinds of retrenchment by growth equities and a recent pullback in prices of the underlying cryptocurrency.

However, there is some good news. Not only are bitcoin prices on the mend — the largest digital currency is higher by almost 20% for the week ending February 9 — but some market observers see value opportunities among miners.

That could indicate that the Valkyrie Bitcoin Miners ETF (WGMI) is an example of well-timed new exchange traded funds. Actively managed, WGMI debuted earlier this week as the third ETF in the Valkyrie stable.

Bill Miller, the founder of Miller Value Partners, said in an interview with CNBC that there’s some value to be had with bitcoin miners. He’s bullish on Stronghold Digital Mining Inc. (NASDAQ:SDIG), which accounts for nearly 8.5% of WGMI’s roster.

“There will be more companies becoming public the way that Stronghold did recently. Bitcoin miners… they are trading at very attractive valuation,” said Miller in the CNBC interview.

For crypto enthusiasts and investors considering WGMI, Miller’s outlook on bitcoin miners is relevant because he was an early adopter of the dominant digital asset.

“The longtime bitcoin bull recently revealed that the world’s largest cryptocurrency made up for more than half of his personal wealth, but the position has dipped as of late due to a sell-off, he said Wednesday,” reports Yun Li for CNBC. “He started buying bitcoin= at around $200 to $300 years ago. The digital coin now trades around $44,000 and hit an all-time high last year above $68,000.”

The noted value investor isn’t alone in saying that there are valuation opportunities currently available among bitcoin miners.

“Miners can still be quite profitable with Bitcoin in the $40,000 range, however. Marathon, for instance, should have a cost per Bitcoin mined of $6,300, estimates D.A. Davidson analyst Christopher Brendler. Riot should have a cost per coin at $12,500 this year, he estimates, and Core will be around $5,000,” according to Barron’s.

Brendler notes that one of the reasons that bitcoin miners are attractively valued is because they’re accumulating bitcoin on their balance sheets. His top pick in the group is Marathon Digital Holdings (MARA), which accounts for 4.17% of WGMI’s weight.