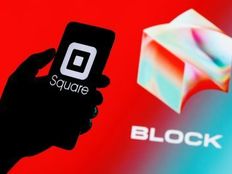 With its share price off 62.45% year-to-date and its market capitalization pared to $34.61 billion, Block (SQ), the fintech company previously known as Square, could be ripe for intervention by an activist investor or potentially lure a suitor.

That’s according to a Tuesday article by Michael Flaherty of Axios. Should either of those scenarios come to fruition, it could benefit exchange traded funds such as the Fidelity Crytpo Industry and Digital Payments ETF (FDIG ).

FDIG benchmarks to the Fidelity Crypto Industry and Digital Payments. Block is relevant in this conversation because the Fidelity ETF allocates 15.16% of its weight to the stock, or nearly double what it devotes to its second-largest component. Nearly 150 ETFs have some exposure to shares of Block, and of that group, FDIG is tops on a percentage, leading the ETF with the second-largest Block weight by almost 370 basis points, according to ETF Research Center data.

Some of the takeover speculation directed at Jack Dorsey’s Block involves the company’s $30 billion acquisition of buy-now-pay-later firm Afterpay. When Block announced that deal, its market value was nearly quadruple what it is today.

“Investors are keenly aware of that fact, and so, apparently, is activist hedge fund titan Dan Loeb. Research firm Gordon Haskett pointed out in a note that Loeb, in a tweet reply, made mention of that stark value drop by Block,” reported Axios. “A person familiar with the matter pointed out that Block’s ability to parse through Afterpay’s loans and move from one balance sheet to another is a much more arduous process than anticipated.”

In terms of an outright takeover of Block, the situation wouldn’t be comparable to Elon Musk moving on Twitter (NYSE:TWTR), the social media company founded by Dorsey. Dorsey has majority control of Block and is showing dedication to the company and broader crypto and blockchain concepts, indicating that it could take a hefty offer to get him to the bargaining table.

“If Block isn’t able to pull off this integration faster, and build its market value back up, it, too, may be the target of a well-capitalized suitor. At the very least, it may have to contend with the kind of activist investor ire that Third Point’s Loeb is already hinting at,” concluded Axios.