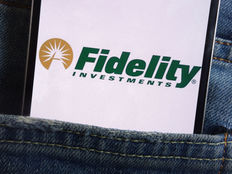 Fidelity Joins the Quest for a Bitcoin ETF

When a Bitcoin exchange traded fund comes to market in the United States is anyone’s guess. The fate of that proposition lies in the hands of regulators, but what is clear is that the competition is drawing some big names in the fund industry.

Fidelity is the latest entrant. A new filing with the Securities and Exchange Commission (SEC) reveals plans for the Wise Origin.

With Bitcoin and other cryptocurrencies captivating investors, talk is again increasing about the prospects for a Bitcoin exchange traded fund.

Multiple bitcoin ETFs recently debuted in Canada, and related exchange-traded products have existed in Europe for some time.

Fidelity Bringing Credibility to the Table

Given Fidelity’s heft in the world of actively managed mutual funds and the increasingly prominent ETF space, some market observers see increasing credibility coming to the Bitcoin ETF debate in the United States.

Others are speculating that Fidelity wouldn’t be getting into the game unless there was certainty around a Bitcoin ETF coming to life.

“The Trust provides direct exposure to bitcoin, and the Shares of the Trust are valued on a daily basis using the same methodology used to calculate the Index,” according to the SEC filing. “The Trust provides investors with the opportunity to access the market for bitcoin through a traditional brokerage account without the potential barriers to entry or risks involved with holding or transferring bitcoin directly, acquiring it from a bitcoin spot market, or mining it.”

While the ETF market has been anxiously awaiting a Bitcoin ETF, the SEC has turned down all related proposals. Investors and the digital currency universe are hoping a change in leadership at the SEC could bolster Bitcoin ETFs’ chances of success.

One of the issues for regulators in approving a Bitcoin ETF is that there is unexplained chaos in the cryptocurrency, including illegal activity and a lack of regulation, which can generate wild swings for investors and speculators alike. This activity has decreased over time, however.