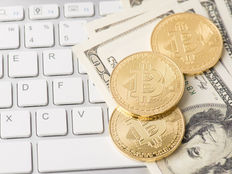 Financial Twitter, colloquially known as “FinTwit,” is getting some big upgrades as the social media company continues under the stewardship of Elon Musk, and some of those enhancements are relevant to cryptocurrency investors. Among those improvements: for securities mentioned with the oft-used cashtag, that link will now be clickable, taking users to a chart with pricing data. For example, Twitter users that post $SPY in reference to the SPDR S&P 500 ETF (SPY A) will be taken to a page with related data for that exchange traded fund.

A similar experience will be available for select cryptocurrencies, including bitcoin, which can be cashtagged as $BTC.

Twitter Business also highlighted a direct search function relevant to investors, as well as plans to expand the number of securities with charts accessible through the cash tagging system.

“You can also search for symbols directly, without clicking on a link within a Tweet. Most symbols with and without the $ sign will work in search (QQQ or $QQQ),” added Twitter Business. “In the coming weeks, we’ll refine the user experience and expand our coverage of symbols.”

For now, it appears as though bitcoin and ether, which is the cryptocurrency tied to the ethereum network, are the only digital coins that have underlying charts when cashtagged on Twitter. That’s a sensible approach because bitcoin and ether are the two largest digital currencies by market value.

App-based brokerage firm Robinhood (NASDAQ:HOOD) leveraged cashtagging to drive users to a link where they could purchase the tagged security. It remains to be seen if Twitter will roll out a similar offering, and there’s no evidence yet to suggest the social media company is considering a partnership with Robinhood.

“Twitter’s price chart integration may arguably lead to more traffic to Robinhood, as #Bitcoin alone is tweeted roughly 120,000 times per day, according to data from BitInfoCharts,” reports Brayden Lindera for CoinTelegraph.