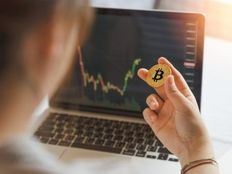 Grayscale Investments followed through on its promise to sue the U.S. Securities and Exchange Commission if regulators denied its bids to convert the $13 billion Grayscale Bitcoin Trust into an ETF or allow it to launch a standalone fund to hold bitcoin directly.

In a letter to investors, the firm said the SEC is violating the Administrative Procedure Act by refusing to allow an ETF that tracks the spot price of bitcoin while allowing ETFs that track the price of bitcoin futures contracts to trade.

The petition was filed in the Federal Court Of Appeals’ D.C. Circuit, which has jurisdiction over the SEC and executive agencies based in Washington.

“It is the SEC’s arbitrary and capricious actions and discriminatory treatment of issuers that necessitates elevating this matter to the courts in the best interest of GBTC and our investors,” it said.

The SEC issued a dual denial of Grayscale’s applications Wednesday evening, saying the fund would need to derive its price from a crypto exchange with a traditional surveillance agreement to prevent price manipulation.

The lawsuit is the most aggressive move yet from an ETF industry player since the Winklevoss twins submitted the first application to launch a spot bitcoin ETF in 2013. The SEC has denied six other bitcoin ETF bids this year, including applications from major ETF players like Global X, First Trust, and a joint bid between Ark Invest Management and 21Shares, which operates multiple spot crypto exchange-traded products abroad.

Grayscale and other would-be bitcoin ETF issuers have argued that using an average price from the largest and most liquid bitcoin exchanges is resistant to price tampering due to the volume of trading, an argument regulators have repeatedly rejected.

SEC Chairman Gary Gensler said earlier this week that he views bitcoin as a commodity, which would put a spot bitcoin ETF under the regulatory oversight of both the SEC and the Commodity Futures Trading Commission. He also has expressed interest in expanding regulatory oversight over major crypto exchanges.

Grayscale has raised the specter of litigation for quite some time in media interviews and earlier in June retained Donald Verrilli, a longtime Solicitor General in the Obama administration, as counsel for the case.

Investors in the U.S. can get exposure to bitcoin through the ETF wrapper through bitcoin futures on the Chicago Mercantile Exchange like the ProShares Bitcoin Strategy ETF (BITO ) after regulators allowed futures-based funds to launch last fall. However, those ETFs incur roll costs when the fund managers buy and sell contracts to maintain exposure to the earliest-expiring contract.