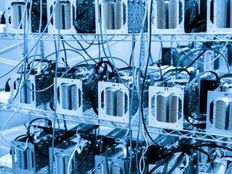 Improving Efficiency May Be Catalyst for Bitcoin Miners

It’s not just low prices that are pinching bitcoin miners this year. The industry, like many others, is proving vulnerable to soaring energy costs.

That makes sense because bitcoin miners, including those residing in exchange traded funds such as the VanEck Digital Assets Mining ETF (DAM ), are energy-intensive companies.

“Energy prices are soaring, contributing to the highest inflation in four decades, so the Bitcoin mining business is suddenly much trickier. Many miners are now selling most, if not all, of their tokens to cover operating costs or to repay debt—a far cry from the common strategy of hoarding Bitcoin on the balance sheet in the last bull market,” reported Jack Denton for Barron’s.

That’s creating a double-whammy effect of sorts for some DAM member firms. In some cases, bitcoin miners need to liquidate holdings of the digital currency to raise capital to stay afloat. However, by flooding exchanges with the cryptocurrency, they’re contributing to lower prices.

JPMorgan analysts “estimate that the average production cost of Bitcoin—a key factor in miners’ profit margins, along with token prices—has dropped starkly over the past month. The expense of mining a single Bitcoin was around $20,000 at the beginning of June, $15,000 by the end of last month, and is currently sitting around $13,000, the analysts said,” according to Barron’s.

As noted by the Cambridge Bitcoin Electricity Consumption Index, improvement in terms of production costs for bitcoin miners is entirely derived from altered energy consumption habits. Today, bitcoin energy consumption is far higher than it was five years ago, but that’s to be expected, as more miners entered the arena over that span. Importantly, recent monthly trends show an obvious decline in mining energy consumption.

There are other signs of hope for crypto-correlated stocks, of which DAM member firms certainly fit the bill.

“The recent drawdown in prices has been exacerbated by cracks in the crypto industry itself, including the meltdown of stablecoin Terra and the failure of hedge fund Three Arrows Capital. Wednesday, the embattled major crypto lender Celsius Network said it had filed for Chapter 11 bankruptcy as it attempts to restructure,” added Barron’s.

Those could be signs that ample bad news is priced into bitcoin and DAM holdings.