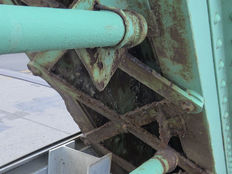 According to a Thursday report from Coindesk, a new amendment to the bill would require brokers to report digital asset transactions of more than $10,000.

The draft bill defines digital assets as “any digital representation of value…recorded on a cryptographically secured distributed ledger,” including cryptocurrencies.

Smith said in a later statement that this could prove difficult for some crypto companies, including firms that manufacture the hardware for storing digital assets, since they are not able to view their customers’ transactions.

This broad definition of “broker” in the new provision is said to “reflect the realities of how digital assets are acquired and traded,” but many crypto market observers worry that miners and hardware manufacturers not involved in digital asset brokerage may not be able to comply.

According to a fact sheet published by the White House, cracking down on cryptocurrency is one way the government plans to fund the bill’s massive spending plans. The provision could reportedly generate up to $28 billion into the bill’s offsets, also known as “pay-fors.”

Digital asset taxes have been a hot topic as crypto’s popularity has grown in the past few years.

A publication from the Treasury last fall indicated that crypto asset taxes were needed to “minimise the incentives and opportunity to shift income out of the reporting regime.”

Last year, the IRS added a line for individuals to report cryptocurrency on their tax returns, although enforcement has been difficult.

Senate Majority Leader Chuck Schumer said that the Senate is “on track” to pass the bill before the August recess, according to CNN.

No legislative language was publicly available at time of writing, outside of news media reports.