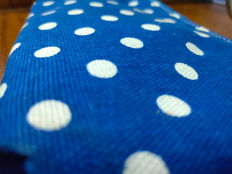 Two new institutional products based on the eighth-largest cryptocurrency are coming to market, in a sign of issuers branching out to meet increasing demand for cryptocurrency investment vehicles beyond Bitcoin and Ethereum.

Valkyrie Digital Assets has also filed an application for a Bitcoin ETF, one of eight before the SEC.

About the DOT Funds

DOT, the native token of the Polkadot network, is the eighth largest cryptocurrency in the world. With a current market capitalization of over $38 billion, DOT is also currently one of the most rapidly growing blockchains in the world.

The Osprey Polkadot Trust, which will invest exclusively in DOT, will have Coinbase serving as its custodian.

The trust charges a management fee of 2.5%, though that fee is waived until January 2023.

In their press release, CEO of Osprey Greg King said that the trust “will enable accredited investors who want DOT exposure to get titled, auditable ownership through a U.S.-based investment vehicle.”

Meanwhile, the Valkyrie product will also invest in DOT, but will additionally offer clients “the 8% yield from Valkyrie staking the asset through Coinbase Custody,” per CoinDesk.

Polkadot is a platform that is working to enable Web 3.0, a decentralized version of the Internet. Polkadot’s technology offers many add-ons not offered by other cryptocurrencies, according to its website, including better scalability and a forkless infrastructure.

“Polkadot has the promise of being a faster network with lower gas fees that can support a lot of different assets,” said Steven McClurg, Valkyrie’s chief investment officer in an interview with CoinDesk.

Osprey also offers the Osprey Bitcoin Trust (OBTC), the “lowest-cost publicly traded bitcoin fund in the U.S,” with a annual management fee of only 0.49% . According to King, many of the investors interested in Osprey’s Bitcoin product have also expressed interest in the new DOT fund.

“The appetite for next generation crypto investment vehicles is only increasing”, added King.