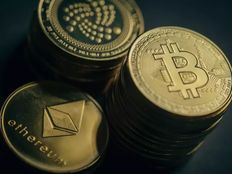 The Biden administration is calling for Congress to include regulations for cryptocurrency exchanges following Coinbase’s disclosures regarding customer funds in the event of bankruptcy that their assets could be included in bankruptcy proceedings, reported CoinDesk.

The uproar began shortly after Coinbase filed its latest quarterly filing with the SEC and included language regarding a new disclosure requirement for any public companies that hold crypto assets for third parties, called SAB 121, the CEO and founder of Coinbase explained in a tweet the next day.

In response, federal officials are looking to have Congress include regulatory frameworks in any future crypto laws that would silo customer assets from the exchange’s funds. While this is the case for traditional financial firms, because there is no firm custodial rule for crypto exchanges, it’s standard for all of the assets to end up combined.

If a company undergoes bankruptcy, there is a very specific pecking order to who gets paid back first in the event of remaining funds, with general unsecured creditors at the very back. In this case, as the filing reads, in the case of a bankruptcy, customers who had tokens on the exchange might end up losing access to them permanently or see them be used to pay off other debts.

“Don’t think you actually own your tokens when you go into a digital wallet,” SEC Chair Gary Gensler said this week at a conference. “If the platform goes down, guess what, you just have a counterparty relationship with the platform. Get in line in bankruptcy courts.”

While Coinbase has reassured its customers and investors that it is in no danger of bankruptcy, for now, it has underscored the risk that exists, sometimes unknowingly to participants. It also gives a good argument for the need for more regulatory definition within the space that could bring an end to some of the uncertainties investors currently feel, especially because of the crash of UST and Luna that saw customers of the stablecoin and associated token lose billions.

President Biden released an Executive Order back in March that acknowledged the potential of the technology behind crypto and the innovation it offers, as well as the risk that it can pose, particularly to investors. The EO called for a thorough analysis of crypto by all related regulatory bodies with varying timelines as the administration makes a thorough cross-examination of the industry. Crypto regulation within the U.S. will be difficult and likely nuanced according to Bitwise.

“There was an ask to look into and examine further how there are differences (within crypto) and how those differences are important to note because they shouldn’t all be treated the same and they shouldn’t all be regulated the same,” explained Katherine Dowling, general counsel and COO of Bitwise, in a response shortly after the EO’s announcement.