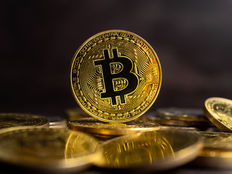 The Bitcoin Strategy ProFund (BTCFX) will allow investors to hold bitcoin without needing to go through exchanges or store bitcoin in a digital wallet.

According to a statement by ProFunds CEO Michael L. Sapir, the fund is designed to make it easier for investors to include crypto in their portfolios.

“Compared to directly buying bitcoin, which may involve opening a new account with an unregulated party, this ProFund offers investors the opportunity to gain exposure to bitcoin through a form and investment method that millions of investors are familiar with,” he said.

Read: The Race To The First Bitcoin ETF

ProFunds, which was founded in 1997, has a long history of managing innovative funds. With its affiliate ProShares, ProFunds was the first issuer to launch leveraged and inverse ETFS in the U.S. in 2006 and today manages approximately $60 billion assets for investors.

Currently over a dozen applications for bitcoin and crypto asset ETFs sit on the desk of the SEC, however the regulator has continued to stall decision making on many of the current proposals.

Despite regulatory roadblocks, issuers have gotten creative and there are now more ways than ever to gain crypto exposure without holding actual crypto.

Bitcoin funds are already available to investors in several countries, including Canada and Brazil.