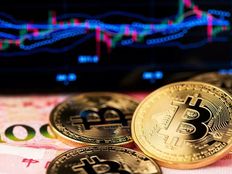 ProShares filed with the SEC on Tuesday for a Short Bitcoin Strategy ETF.

According to the filing, the product would allow investors to bet against Bitcoin futures via an exchange-traded fund. The fund will seek daily investment results before fees and expenses that correspond to the inverse (-1x) of the daily performance of an unaffiliated CME Bitcoin Futures Contracts Index.

The Index seeks to track the performance of front-month futures contracts traded on the CME and is designed to account for the rolling of such contracts. The filing additionally states that the fund would not seek to achieve its objective “over a period of time greater than a single day.”

The application proposes a public offering 75 days after filing, however, the SEC has generally delayed crypto ETF applications for far longer than that.

Senior ETF analyst for Bloomberg, Eric Balchunas, tweeted on Wednesday that the fund might have a shot “given Proshares’ perfect read on SEC w/ $BITO and the lack of issues w/ futures ETFs so far.”

Proshares was the first issuer to launch a U.S. Bitcoin Futures ETF in October of 2021. The Proshares Bitcoin Strategy ETF (BITO ) saw the second-heaviest traded ETF debut on record and the fastest rise of any ETF to the $1 billion mark.

There is currently an ETF that shorts bitcoin trading on the Toronto Stock Exchange issued by Horizons ETFs. The BetaPro Inverse Bitcoin ETF (BITI.TSX) initially launched almost exactly a year ago, on April 14th, 2021.