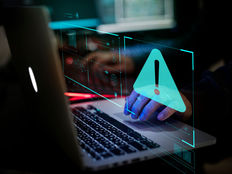 The Pyth network, which launched in August on Solana’s blockchain, saw Bitcoin plunge by 90% on Monday to a price of $5,402.

Pyth is what’s called an “oracle” in crypto-speak, which is essentially a bridge between a blockchain and real world data. Pyth aggregates data from its data partners which send their data directly to Solana nodes for aggregation. Ideally, this means that the network will provide more accurate and trustworthy data.

According to a Wednesday post by the Pyth Network, two of its data sources published near-zero prices, which were overweighted by the network’s aggregations logic, causing the crash.

The post went on to say that both of the publishers “encountered problems related to the handling of decimal numbers” due to the Pyth programs’ utilization of fixed-point number representation. Both publishers encountered program issues submitting their prices.

In Pyth’s original aggregation logic, publishers’ weightings were inversely proportional to their confidence interval, meaning that both publishers were assigned a high weight, causing the aggregated price to crash.

Pyth has said that it will develop a suggested integration testing protocol that publishers can use to validate their software changes, making it easier for publishers to run sanity checks and validate data.

Pyth will also adjust its aggregation logic so that publishers’ data will derive their weights from relative price differences, preventing the smaller confidence intervals of lower prices from crashing the aggregate price.

This is the second issue the Pyth Network has encountered since its launch. Last week, the Solana blockchain, which Pyth is connected to, went down for 17 hours.

Support for Pyth has been widespread, with a number of large trading firms, exchanges, and market makers already signed on as first party data providers.