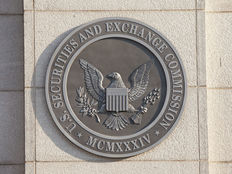 Coinbase, the first major U.S. crypto exchange to go public, announced in a blog post last week that the SEC had sent the company a Wells notice declaring the regulator’s intention to sue the company if they launched their digital asset lending project, Lend.

Lend would allow customers to earn interest on select assets on Coinbase.

According to Coinbase, after initial meetings with the SEC about the product, the company was told that the SEC “consider Lend to involve a security, but wouldn’t say why or how they’d reached that conclusion.”

Coinbase has decided to keep Lend off the market until at least October.

Coinbase has said that the SEC is making their assessment using two Supreme Court Cases, Howey and Reves.

Reves v. Ernst & Young was a 1990 Supreme Court Case used to decide if an instrument is a note, and therefore a security. A note is essentially a written IOU from a borrower to a creditor or investor.

Under the Reves v. Ernst & Young “Family Resemblance Test,” all notes are considered securities unless they “resemble” any of the categories of notes on the judicially decided exceptions list

David Freeman, head of Arnold & Porter’s financial services practice, told the FT that while he expected the SEC to use both the Howey Test and the Family Resemblance Test, the regulator should have a formalized process for assessing crypto products.

Coinbase co-founder and CEO has taken issue with the SECs notice, saying in a long Twitter thread that other crypto platforms have been offering products similar to Lend without encountering threats of litigation.

Armstrong went on to say, “If we end up in court we may finally get the regulatory clarity the SEC refuses to provide. But regulation by litigation should be the last resort for the SEC, not the first,” and ended the thread by reiterating the crypto industry’s need for regulatory clarity.

At the beginning of the month, SEC Chair Gary Gensler told the Financial Times that in order to survive at its current size, the crypto space must embrace regulation, saying that many platforms are “begging for forgiveness, rather than asking for permission.”