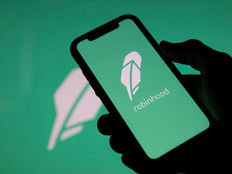 According to an amended SEC filing on Monday, popular trading app Robinhood is now seeking a market valuation of up to $35 billion in its forthcoming and highly anticipated initial public offering. This is down from the estimated $40 billion, and driven by slowing crypto trading.

The company will initially offer 55 million shares that it aims to list at an estimated $38 to $42 per share. It hopes to raise as much as $2.3 billion in its IPO.

The firm’s last private market valuation was in September of last year, and valued Robinhood at $11.7 billion according to CNBC.

Amended metrics from the prospectus filed Monday include new Q2 estimated funded accounts (that is, accounts that are tied to a bank account), with a base of 22.5 million, up from Q1’s 18 million.

Despite this increase, Robinhood is estimating a net income loss of $487 million to $537 million, as trading activity decreases across the app.

The Robinhood app offers users the ability to trade cryptocurrencies and equities, as well as options trading, and has cash management accounts. It is highly popular amongst younger retail investors.

Robinhood flourished at a time when retail investing skyrocketed due to the Covid pandemic, and interest in speculative asset investments, such as cryptocurrencies, were sky-high. Users flocked to the app, helping send cryptocurrencies like Bitcoin and Dogecoin to record highs. Now, however, interest and traffic are ebbing, leading to a decrease in revenue from its lucrative payment for order flow program. Robinhood is anticipating a downturn in the third quarter.

The Wall Street Journal reports that Robinhood is still promising to sell between 20% and 35% of its IPO shares to users, up to 18.3 million shares. As of Monday morning, users could still request shares through the app.

CNBC reports that Robinhood plans to go public by the end of next week and that it will trade on Nasdaq under the ticker HOOD.