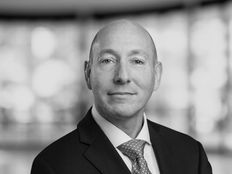 VettaFi writer Elle Caruso recently sat down with Simeon Hyman, global investment strategist at ProShares, to discuss bitcoin futures ETFs and the state of the ProShares Bitcoin Strategy ETF (BITO ). The excitement was palpable when BITO came to market last October, allowing U.S. investors to gain exposure to bitcoin futures in an ETF structure for the first time in history. Launched with just $20 million in seed capital, BITO hauled in $550 million from investors on day one and became the fastest ETF to reach $1 billion in assets under management.

Caruso: BITO is approaching one year since launch. Let’s reflect on that — how has both the environment and investors’ attitude toward bitcoin futures ETFs changed over the past 10 months?

Hyman: It was one of the most successful launches in ETF history, so that was a lot of fun. I have to say, I’ve done bell ringings and been on the floor of the New York Stock Exchange, but spending BITO’s launch day on the floor of the exchange that day — that was unique.

The reception by the market was driven by the fact that it was a solution that had not previously existed. It remains to this day to be a little bit of a challenge to figure out how one would directly invest in bitcoin. Do I need a wallet? Do I need a cold wallet? Hot? Warm? Am I going to lose my drive in the dumpster of my town and not be able to figure out how to access my bitcoin?

What we’ve found since the launch is that a bitcoin futures product has proven to be a better solution and even better proxy for spot bitcoin than people may have anticipated. Plus, you get all the benefits from being in an ETF, the protections of the 1940 Investment Company Act, segregated assets…

Caruso: A risk-off sentiment emerged in the first half of this year, but BITO continues accreting funds, taking in over $200 million in net flows YTD as of August 4, according to VettaFi data. How have trading volume and flows changed since the fund’s massive launch last year?

Hyman: BITO is the world’s largest bitcoin-linked ETF — nothing else comes close. Today, the ETF is sitting at about $800 million in assets under management, which as you noted, reflects material inflows given the price action in bitcoin this year. It’s the most traded digital asset fund, so you’re looking at average daily volume well north of $150 million a day, and that’s really important too. We are often asked whether BITO shareholders are long or short-term investors. That’s hard to tell, but it’s likely that the answer is both. One thing that’s for sure is that the ecosystem is a mix people who have different holding periods, and that is really, really important.

Let’s say you’re going to hold bitcoin for a few years. The day you buy it, you want that volume there because you want tight spreads for your buy order. Later, whether it’s days, months, or years from now, you might decide to sell it. And you want the volume and tight spreads to be there the day you sell as well. So that healthy mix of folks with different time horizons is all part and parcel of a vehicle that’s well-suited to a broad range of investors.

Caruso: Can you remind our readers about bitcoin futures correlation to spot prices?

Hyman: There’s correlation, and then there’s beta, and then there’s the roll cost, so there are really three things. The easy one is correlation. A high correlation tells you that, directionally, the futures tend to go in the same direction as the spot market. But correlation does not speak to the magnitude of the move. Bitcoin futures could have a correlation of nearly one but still not be so great at performing like spot. It’s a super low bar. But yeah, that guy is almost one.

The last big thing in bitcoin futures is the roll costs. That’s what people wanted to talk about when we launched, and that has been a really key element of the maturation of the bitcoin futures market that make BITO a first-class vehicle for bitcoin exposure.

The average annual contract premium — which translates into the cost of rolling one futures contract to the next — so far this year has been around 2%. But its impact on the performance of the ETF is effectively zero.

Here’s how it works. The premium for a futures contract, conceptually, in bitcoin or any other financial instrument, should be close to the risk-free rate for that period. Keep in mind that BITO is not leveraged. You have $1 of investment exposure for every dollar you invest in BITO. So that means you have cash with which to fully collateralize the futures investments, which earns something around the risk-free rate. Therefore, it’s the perfect offset to the roll cost. A good illustration of that in practice is to look at BITO’s performance this year, which has been tracking spot bitcoin extremely closely.

Caruso: You’ve previously mentioned that bitcoin futures better reflect actual market sentiment in bitcoin than spot. Can you elaborate on what that means?

Hyman: Volume is really, really important, and it turns out that the futures market actually cranks out more volume than the largest U.S. exchange. Volume is important because when you have a lot of trading, you have a lot of liquidity. That means you’re having price discovery, and there actually have been some academic studies that have shown faster price realization — information turning into price — faster in the futures market than in the spot market.

Caruso: Do you expect to see a spot bitcoin ETF come to market any time soon? Do you still see an appetite for that structure, or has a futures-based product filled the void and continued to gain investor favor?

Hyman: It’s always the question people ask us, and we have obviously no crystal ball with respect to where the regulators will go. Do we know exactly what the regulators are looking at? We don’t know. We know that today there is a little bit of a mess going on in the spot market (lender bankruptcies, assets potentially not segregated in bitcoin brokerage accounts) that will take some time to mature, and I think it’s fair to say that the futures market has perhaps matured more quickly than the spot market. And I think that’s all we know right now.

Caruso: What’s next for ProShares?

Hyman: Innovation is core for us, so we’re always looking to find new solutions to bring to investors. If you look at what we’ve done over the last few years, you’ll see important innovations — a short bitcoin ETF (BITI ), in the meat and potatoes side of the house dividend growth ETFs ((NOBL A), (REGL A)) and interest rate-hedged bond ETFs (IGHG B-)  — and a growing suite of thematic investments, including online retail (ONLN B), pet care (PAWZ B+), metaverse (VERS ), and clean tech (CTEX B-). We strive to be thoughtful and innovative.