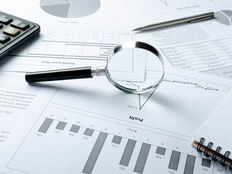 Single-Stock Leveraged ETFs & What It Means for Crypto

A new breed of ETF debuted on the U.S. markets earlier this month when AXS Investments launched eight funds offering daily leveraged bull and bear bets on the direction of single companies.

However, the launches come at a time when regulators are taking a hard line against leverage in exchange-traded products and are considering plans to add restrictions for retail investors.

AXS debuted a suite of eight bull and bear funds with varying levels of exposure to Pfizer, Nike, Nvidia, and most notably, Tesla, while Innovator has launched a defined-outcome strategy that applies to Tesla exposure.

Although the U.S. Securities and Exchange Commission has opened the door for these ETFs and others to enter the market, it appears to do so with gritted teeth. Agency staff has spent months studying the potential risks of leveraged and inverse exchange-traded product risks at the direction of Chairman Gary Gensler and an expanded consumer protection remit under the Biden administration.

Days before the AXS suite debuted, Commissioner Caroline Crenshaw criticized single-stock geared funds as a potential source of systemic risk during periods of volatility and stress. She also said financial advisors would find it “challenging” to offer these funds to their clients without breaking their fiduciary responsibilities while noting individual investors can make similar bets on single stocks through options and other derivatives.

Crenshaw also claimed single-stock ETFs weren’t envisioned when the SEC approved the so-called ETF Rule in 2019 that allows funds to automatically become effective and ready for launch after a certain period of time and by following certain disclosure and diversification requirements.

“Nowhere in (the ETF Rule) is there a discussion of single-stock ETFs; there is no indication that the rule contemplated such products.  However, single-stock ETFs are nonetheless coming to market under the auspices of that rule,” she said.

It’s also possible that rulemaking, in this case, is low on the SEC’s priority list. The agency’s hands are already full with other major rule proposals that could change how ETFs are named or spell out their ESG strategies for investors, on top of a swath of different regulatory actions in other asset categories.

“Obviously ESG is a huge mandate for them, they’re getting hit from all sides in the crypto front, they’re trying to go after all these crypto firms,” said James Seyffart, an ETF research analyst at Bloomberg Intelligence.

Stricter regulations could already be in the works at the Financial Industry Regulatory Authority, the self-regulating group that oversees brokers and exchanges. The agency req comment earlier this spring over a wide-ranging set and limitations for non-accredited investors over “complex exchange-traded products.” The loosely-defined term could cover any fund that isn’t solely holding stocks and bonds, ranging from volatile daily-resetting levered ETFs and cryptocurrency-linked funds to target-date retirement mutual funds and defined-outcome ETFs.

FINRA’s restrictions range from making retail investors take a quiz or attest they understand these types of products before they can buy through their broker to potentially restricting access to those funds to accredited or high-net-worth customers.

The public comment period ended in May, with most respondents opposing new regulations on levered products. Whatever new regulations FINRA would impose requires an analysis by its internal economists and its board before eventually filing the rule to the Federal Register.

FINRA declined to comment when asked if or when it plans to issue formal rule proposals based on its request for feedback.

Not So Fast For Bitcoin

The single-stock launches come almost a month after the SEC allowed the ProShares Short Bitcoin Strategy ETF (BITI ) to market, making it the only ETF in the U.S. with an inverse position on bitcoin futures.

Several other issuers have added bitcoin futures exposure into their ETFs since the ProShares Bitcoin Strategy ETF (BITO ) debuted last fall as the first-ever fund in the U.S. with some level of crypto exposure. The Global X Blockchain & Bitcoin Strategy ETF (BITS ) combines bitcoin futures exposure with blockchain-related equities, and the WisdomTree Enhanced Commodity Strategy Fund (GCC A) has a 1.41% allocation to crypto contracts.

However, the approval of these funds doesn’t necessarily open the door for the most-clamored product in the industry for the last several years: a spot bitcoin ETF. Although AXS’ funds and other single-stock geared ETFs mark a level of risk that the SEC doesn’t appear entirely comfortable with, regulators will likely still point to their repeated demands that issuers use a spot bitcoin price from a large-enough exchange with a surveillance agreement in place to ward off attempts at price manipulation.

There’s also a larger effort by Gensler to bring crypto under traditional regulatory overview, saying last month that he would consider bitcoin to be a commodity and other cryptocurrencies to be securities. If that’s the case, the Commodities Futures Trading Commission would oversee the bitcoin markets.

“There’s so much still to be decided on the definitions of what (crypto) and what purpose it has, so they can always rely on that,” Derek Horstmeyer, finance professor at George Mason University’s School of Business, said.

So with a potentially unfavorable regulatory environment month down the line, why risk launching these products?

Jeff Schwartz, a professor of securities law at the S.J. Quinney College of Law at the University of Utah, said financial institutions are incentivized to launch them ahead of potential regulation to earn some fees. He also said there may have been some legal finesse at play that allowed these funds to launch within the specifics of the ETF Rule, even if regulators like Crenshaw say the ETF Rule wasn’t meant to fast-track funds like single-stock levered assets.

“My read on this is that they figured out how to draft these things that meet the letter of this exemption, and the SEC felt their hands were tied, at least at this point,” he said.

It isn’t easy to characterize any conversations around these funds and other potential launches, as discussions between the SEC and issuers usually aren’t available in the public domain.

However, Schwartz and Horstmeyer both expressed worries about the outsized risks single-stock levered ETFs can pose to retail investors, particularly when the stock market has faced extended volatility this year.

“It’s hard to get in (the SEC’s) heads on why they are not taking a more aggressive role. They have a lot on their plate right now; I know they’re overburdened. But this is problematic,” Schwartz said.