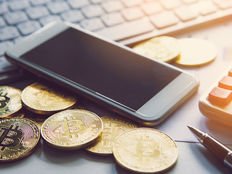 The SEC delayed decision-making on yet another Bitcoin ETF proposal, the First Trust Skybridge Bitcoin ETF, according to a July 7th filing.

According to the filing, the review period is being extended 45 days, with the new date for a decision set at August 25th. The SEC can extend the review period for a maximum of 240 days before it must make an official decision.

The SEC has delayed application reviews for multiple Bitcoin funds this summer, including the proposed WisdomTree Bitcoin Trust and the VanEck Bitcoin Trust.

About the Skybridge Proposal

Skybridge initially filed with the SEC on March 19th. The issuer later submitted an amended prospectus on May 6th.

Skybridge was initially one of two active ETF proposals, but the May amendment revealed the proposed fund will no longer be actively managed and will instead track the CF Bitcoin US Settlement Price.

The CF Bitcoin US Settlement Price is used by two other funds currently under review, one from WisdomTree and the other from Kryptoin.

The CF Bitcoin US Settlement Price is similar to the CME CF Bitcoin Reference Rate, the basis for the Bitcoin futures traded on the CME.

The reference rate is calculated by aggregating the trade flow of five major Bitcoin spot exchanges per hour. The rate is volume weighted, with each hour divided into twelve five-minute chunks, then the average of the volume-weighted medians of all twelve chunks are equally weighted.

According to the amended prospectus, the Skybridge fund will use NYDIG Trust Company as its custodian.

NYDIG currently has a Bitcoin ETF proposal of its own under review with the SEC.