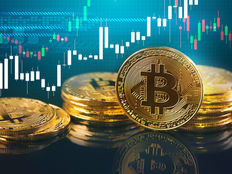 Bitcoin is dealing with some turbulence in the early innings of 2021, but a new survey confirms investors remain bullish on the largest cryptocurrency.

“According to new survey data compiled by Investing.com, U.S. investors remain bullish on cryptocurrency in 2021, particularly those who already invest in Bitcoin,” reported Investing.com.

The poll finds respondents are broadly optimistic on the cryptocurrency in 2021.

“Our survey of approximately 1600 respondents — including 56 percent who invest in Bitcoin and 44 percent who do not — reveals that 55 percent of investors believe the value of Bitcoin will rise above $60,000 during 2021. Only 19 percent believe that Bitcoin has already reached its highest point this year. Those invested in Bitcoin are particularly optimistic, with 26 percent believing its price will surpass $100,000 this year,” said the website.

A recently revealed $50,000 for the crypto asset looks appealing, though it’s modest compared to some other long-term projections, many of which go deep into six-figure territory.

“Bitcoin’s price could exceed $50,000 over the longer term as the digital asset vies with gold for investment flows, according to cryptocurrency exchange Luno and brokerage OSL,” reports Bloomberg.

There are catalysts for increased Bitcoin adoption. Millennials, the rise of China, demand for privacy, rising interest for alternative investments, and headwinds among traditional assets are significant factors that will continue to fuel demand for cryptocurrencies.

Lastly, a healthy percentage of investors that haven’t yet bought Bitcoin may be planning to change that in 2021.