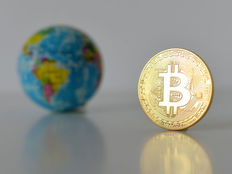 The Boons of Cryptocurrencies Cross Borders

The crypto arena is one that gets plenty of negative spin because of its volatility, the lack of investor protections in the U.S., and a host of other reasons. In the midst of all of the discussions on drawbacks to the space, the benefits sometimes get lost in the mix; crypto assets have a lot to offer the global community and the disenfranchised.

Bitcoin was originally created by the user, or users, under the pseudonym of Satoshi Nakamoto in 2009 as a way to divert power from traditional banking institutions and into the hands of everyday people. The space has since evolved to offer an entire marketplace of services carried on a host of different blockchains, and retail investors have piled into crypto investments in hopes of making fast cash or capturing the disruption that crypto assets could bring to traditional financial systems.

What is often forgotten is that cryptocurrencies were created to offer a financial option for individuals who might have unreliable access to banking opportunities, or who might not have access at all. In order to buy, sell, or trade bitcoin, the only thing a user needs is an internet connection and access to a smart phone or computer.

Unlike in a traditional banking environment, there is no rigorous process of proving identity, checking financial backgrounds, or weighing risks in order for people to access bitcoin. Many of the impoverished around the world do not have proof of identification, which provides a barrier to their ability to bank; crypto assets allow access for those individuals.

Cryptocurrencies are available around the clock; they are not just limited to banking hours for financial transactions, and transactions completed digitally are usually done instantaneously. Digital currencies also often have lower fees for trading than what would be charged at banks; one of the biggest areas this is seen in is with remittances, particularly in developing countries.

A worker that is supporting their family in another country can often pay extraordinary taxes and fees, particularly in countries within sun-Saharan Africa. The Milken Institute reports that in 2019, $550 billion in remittances were sent to moderate and low-income countries, with the average fees for such transfers sitting at 6.8% globally; in sub-Saharan Africa, the average fees were 8.9%.

Bitcoin and current blockchain tokens are only the first step in a digital revolution, but the benefits and empowerment they can offer to the global community are important ones that shouldn’t be discounted.

BLOK Invests in the Transformational Power of Crypto

The Amplify Transformational Data Sharing ETF (BLOK B-) has $1.27 billion in AUM, is the largest of the blockchain ETFs, is actively managed, and invests in companies directly involved in developing and using blockchain technology through digital and in-person research methods.

The BLOK ETF spreads its holdings across the size spectrum. As of the end of September, the sector allocation was 30.0% into transactional, 28% into crypto miners, and 10% into venture.