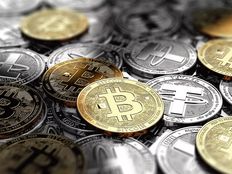 It’s often noted that many devoted cryptocurrency market participants are younger investors, and while some old pros may scoff at the notion, the reality is that younger investors are playing pivotal roles in broadening the investment case for digital assets, such as bitcoin.

Add to that, the youth movement that in part powers cryptocurrency investing isn’t confined to particular regions or the largest developed economies. Young investors in India are big bitcoin backers and fans of crypto at large.

That trend underscores the long-ranging viability of funds such as the Grayscale Digital Large Cap Fund (GDLC). GDLC provides market cap-weighted exposure, derived from the Digital Asset Reference Rates provided by Traceblock Inc., so it’s not focused on a single digital currency.

“India has seen a huge boom in cryptocurrency trading since the start of the pandemic, even though authorities in Asia’s third largest economy have for years expressed concerns about digital currencies, and even flirted with banning them. Entrepreneurs in the industry told CNN Business that the country has the potential to become a crypto superpower, since it is one of the hottest internet markets in the world, with 750 million users, and hundreds of millions more yet to come online for the first time,” reports Diksha Madhok for CNN Business.

In other words, while the parents and grandparents of today’s younger Indians long favored gold and stocks as investments, many members of the millennial and Gen Z demographics in Asia’s third-largest economy aren’t satisfied with stocks and bullion. They find those assets stodgy and want more access to growth. Bitcoin provides that.

“India ranked second behind only Vietnam last year in a list of countries seeing the fastest growth in cryptocurrency adoption, according to a report published in October by blockchain data platform Chainalysis,” notes CNN Business.

Adding to the allure of India’s status as a significant contributor to bitcoin adoption is the fact that the country is one of the largest in the world. Plus, younger generations there are intimately familiar with gold, and bitcoin’s status as “digital gold” could be luring those investors to crypto.

As their familiarity with bitcoin increases, they could venture into other digital coins, making GDLC all the more relevant in this conversation. In addition to allocating almost two-thirds of its weight to bitcoin, the fund devotes nearly 27% to ethereum. Eight other digital coins are found in the fund as well.