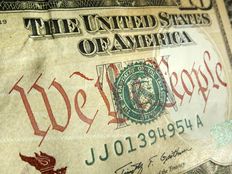 Secretary Yellen’s general stance is that crypto regulation, like any other kind of regulation, should be based on the specific risks and addressed accordingly, not with policy built around the technology itself.

“Wherever possible, regulation should be ‘tech neutral,’” said Secretary Yellen in a speech at American University’s Kogod School of Business Center for Innovation. “Consumers, investors, and businesses should be protected from fraud and misleading statements regardless of whether assets are stored on a balance sheet or distributed ledger.”

The tone taken was one of acceptance of the innovation that crypto offers while being mindful of the dangers that digital assets could pose to the system. Yellen referenced the financial crisis of 2008 in her concerns. The research that the Treasury will be conducting will be done through the lens of consumer, investor, and business protection; reducing national security risks; centering the U.S. as a global economic leader; and protecting the financial system from risk.

“Digital assets may be new, but many of the issues they present are not,” the Treasury Secretary said.

The Potential Creation of a CBDC

Secretary Yellen hinted that the adoption of distributed ledger technology could very well lead to a restructuring of financial markets, with digital assets and technologies reducing concentrations in traditional financial markets.

“While this could make markets less vulnerable to the failure of any particular firm, it is critical to ensure we maintain visibility into potential build-ups of systemic risk and continue to have effective tools for tamping down excesses where they arise,” Secretary Yellen said.

The transition from traditional finance to an incorporation of digitized finance has been an evolution occurring since the creation of the internet in the 1990s, the Treasury Secretary believes. While the current volatility and slow time to process prevent widespread adoption of cryptocurrencies for now, Secretary Yellen sees great potential in a central bank digital currency (CBDC).

The Treasury is tasked with looking into the creation of a CBDC by the U.S. government and to determine whether it could provide an efficient system of payment and be a stable and trusted type of money akin to physical currency. The agency is currently taking into account the pivotal role that the U.S. dollar currently plays in the global economy; almost 90% of foreign exchange transactions have the dollar as representation on one side.

“I don’t yet know the conclusions we will reach, but we must be clear that issuing a CBDC would likely present a major design and engineering challenge that would require years of development — not months,” Yellen said. “So, I share the President’s urgency in pulling forward research to understand the challenges and opportunities a CBDC could present to American interests.”

Matt Hougan, CIO of Bitwise, believes that regulation is necessary for the industry to really thrive in the U.S., and the crypto caucus could eventually help to define those regulations.