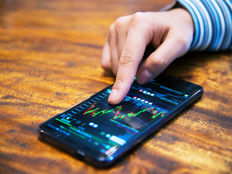 Use VBB to Ride the Regulatory Risk in Crypto

Releasing an executive order will put the White House front and center of crypto regulation; as it stands now, the various agencies are all dealing somewhat piecemeal with the space, depending on jurisdiction. Lack of regulation and regulatory framework for cryptocurrencies and the cryptosphere within the U.S. has created a sentiment of reluctance and frustration for investors within the space.

The executive order is purported to highlight regulatory, economic, and national security challenges created by cryptocurrencies and will supposedly require reports due from various agencies by the second half of the year. Report topics include the illicit uses of digital tokens and coins, an assessment of systemic impacts that digital assets could have, and potentially the possibility of a central bank digital currency.

Almost all cryptocurrencies remain undefined within the U.S. regulatory framework, but bitcoin is one of the few that have been clearly defined by the SEC. An SEC Chair back in 2019 defined bitcoin as a commodity and not a security; the most popular cryptocurrency has never asked for public funding in developing the blockchain technology, and therefore doesn’t pass the Howey Test that the SEC uses to define whether an asset is a security or not.

The SEC is currently embroiled in a lawsuit against Ripple Labs and two of its executives who the SEC claims never registered their cryptocurrency, XRP, or provided a satisfactory reason for exemption in not registering it. Ripple is fighting back and making the argument that their cryptocurrency is not a security and therefore doesn’t fall under SEC purview or requirements.

The outcome of this lawsuit will help bring better definition to the status of cryptocurrencies as a commodity or security, but until then, it remains unclassified and hotly contested, opening the door for potential risk.

Investing in Companies Innovating With Bitcoin

The Valkyrie Balance Sheet Opportunities ETF (VBB ) offers investors exposure to companies that are utilizing bitcoin, one of the only defined cryptocurrencies by regulators in the U.S., in some manner within their balance sheets. The fund is actively managed and invests in companies that carry bitcoin in some manner on their balance sheets, whether it’s by investing, transacting, or other exposures such as through exchanges.

Valkyrie invests in companies that have both innovative balance sheets and the best total return potential, which takes into consideration standard metrics such as price to earnings, price to book, and growth ratios. In determining the weighting, Valkyrie considers the financial metrics in tandem with the percentage of blockchain that a company has on its balance sheet.

Up to 10% of the fund can be invested in bitcoin miners, and it can also invest up to 20% in companies that it believes will have an innovative balance sheet within the next one to three years based on current activities of the company and announcements.

VBB carries an expense ratio of 0.75% and does not invest in bitcoin directly.