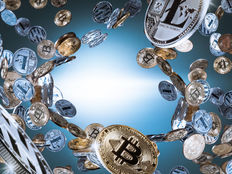 Voyager Digital Ltd. (TSX: VOYG) announced its listing on the Toronto Stock Exchange. According to the announcement, Voyager is the fastest-growing publicly traded cryptocurrency platform in the U.S.

Voyager was founded in 2018 and since then has amassed over $5 billion in AUM and hosts nearly 2 million users. Voyager’s platform allows customers to invest and trade in over 60 crypto assets.

Voyager is commission-free and offers up to 12% APR on over 30 digital assets. At the end of August, Voyager completed a historic token swap and merger, combining the Voyager token VGX and the LGO token native to European crypto exchange LGO, which Voyager acquired last year.

Investing in Voyager With BLOK

Although only recently listed on the TSE, a few ETFs have begun holding the stock. Notably, the Amplify Transformational Data Sharing ETF (BLOK) now holds VOYG at a weight of 2.7%.

BLOK is the largest blockchain ETF on the market, with over $1.2 billion assets under management. The fund is actively managed and currently has 47 holdings in a diverse range of businesses involved in the development and utilization of blockchain technology.

Investments in blockchain technology are less volatile than investing directly in digital currencies but still provide impressive returns. Since its inception in 2018, BLOK has seen a 152.8% return on investment.

In addition to up and coming companies like Voyager, BLOK’s portfolio includes well known U.S. stocks such as Paypal (PYPL) and Square (SQ) as well as a host of cryptocurrency mining companies, including Hut 8 Mining Corp (HUT) and Marathon Digital Holdings (MARA).

Voyager also holds popular crypto exchange Coinbase in its top fifteen holdings, with a weight of 3.53%. BLOK’s top holding is in the business intelligence software company MicroStrategy (MSTR), which has made Bitcoin acquisition its second mandate this year and has come to serve as a Bitcoin proxy investment for many investors.

BLOK is actively managed and has an expense ratio of 0.71%.