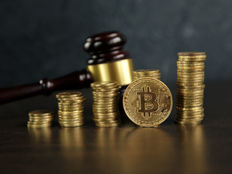 On July 7, noted crypto skeptic Sen. Elizabeth Warren (D-Mass.) wrote a letter to the SEC informing the regulatory agency that it has until July 28th to determine its role in cryptocurrency regulation.

She pointed to a study that indicated that 95% of the volume of trading of Bitcoin on CoinMarketCap was fake, and other studies that showed that Bitcoin price increases have previously been the cause of manipulation.

“The harms to consumers as a result of this under-regulated market are real and continue to proliferate in the absence of effective SEC regulations,” she wrote.

Warren also said that investors may be exposed to the risks of an unregulated crypto market indirectly “as publicly traded firms amass their own cryptocurrency holdings.” The senator pointed to MicroStrategy in particular, suggesting that, according to news reports, the company may be functioning as an unregulated Bitcoin proxy.

The senator outlined five questions for the SEC, asking for responses to all queries by July 28th 2021.

Warren is the chair of the Senate Banking Subcommittee on Economic Policy and has previously critiqued cryptocurrency for the lack of consumer protection laws around it and cryptos’ use in illicit activities, such as the ransomware attack against Colonial Pipeline in May.

The senator also raised concerns about the lack of regulatory clarity around crypto in a June subcommittee hearing.