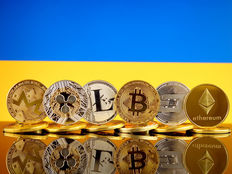 What the Ukraine War Means for Future of Crypto

The Russian invasion of Ukraine has seen sweeping sanctions enacted worldwide as countries target Russian institutions and individuals, looking to cut off Russia as much as possible financially. This has meant targeting the Russian central bank and removing Russia from the SWIFT messaging system that enables money to be sent and received globally.

On top of the traditional sanctions has been a scrambling by countries trying to ensure that targeted Russian individuals and institutions cannot convert their money to cryptocurrency and thereby sidestep sanctions. It’s a major, somewhat unified response by Western governments that acknowledges the validity of crypto as well as the critical role that it plays in the financial ecosystem globally, according to a recent Notes from the CIO paper from Bitwise Investments.

The role that crypto has played in the war in Ukraine has been a two-fold one that demonstrates at its heart the essential nature of what cryptocurrencies were created for. With Ukraine banks disrupted, millions of dollars in donations have been made via bitcoin for the Ukraine resistance. On the other side, with Russian banks being closed down and Russian citizens denied access to funds from elsewhere, the importance of a neutral network that supersedes geopolitics is highlighted.

“Crypto is one of the only technological platforms designed to not only withstand but thrive in a multi-polar world order. Some would argue that this is exactly the type of situation that crypto was intended for. Expect to hear more about this crypto use case going forward,” write the authors.

Another important point is that in the midst of the chaos, shutdowns, and sanctions, the crypto financial networks remained running and accessible. Where other systems such as Apple Pay and credit cards quit working, and ATMs ran out of cash, individuals were still able to reach and transact within the crypto networks. One example given is of Danish reporters who bought a car with bitcoin because their credit cards didn’t work, which highlights the benefits of a decentralized network that is not tethered to one specific geographical place but is everywhere and always available.

Crypto Recognized as Part of the Global Financial Ecosystem

As Western countries grapple with a lack of crypto regulations and an inability to respond through the crypto space, often resorting to requesting exchanges to prevent access to their services for any Russian addresses, it could help to speed up the creation of a regulatory framework for crypto assets in some countries.

“There is a risk at these moments that regulators in some countries will overreach, but there is an equal chance that governments may see working with the crypto industry as more of an opportunity than a threat and look to foster the growth of crypto in their markets. After all, you can only regulate entities if they are built on your shores,” the authors explain.

The future could be promising for crypto, and Bitwise believes that it could be at another critical juncture like what was experienced during the pandemic.

“No one can forecast what path prices will follow from here, but many—including Bitwise—see the industry as sitting on the verge of another quantum leap, as it did during the Covid-19 crisis,” the authors write. “Although this might not be the most comfortable time to invest in crypto, investors who allocated during such transitions in the past were ultimately vindicated.”