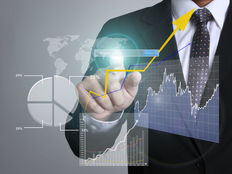 What's Next for BITO?

Last fall, headlines were dominated by the anticipation for the first SEC approval of a bitcoin futures ETF.

The excitement was palpable when the ProShares Bitcoin Strategy ETF (BITO ) came to market in October 2021, allowing U.S. investors exposure to bitcoin futures in an ETF structure for the first time in history.

Launched with just $20 million in seed capital, BITO hauled in $550 million from investors on day one and became the fastest ETF to reach $1 billion in assets under management.

“There was clearly pent-up demand for bitcoin exposure from investors who were interested in this emerging digital asset class but didn’t want to go through the hoops of accessing it,” Simeon Hyman, Global Investment Strategist at ProShares said.

Historically, exposure to bitcoin required a bitcoin wallet and keys to unlock a virtual vault. BITO (and the subsequent bitcoin futures ETFs to come to market) allowed investors to gain exposure through a traditional brokerage account.

Since then, BITO has continued to see inflows even after those heady first few days. The fund has garnered $403 million of additional assets as of January 21, according to Hyman.

“Seeing those inflows, especially amid such a turbulent time in both the bitcoin and broader markets, suggests that demand for bitcoin exposure in general, and BITO specifically, is likely to remain strong across a range of financial conditions,” he continued.

Many investors associate futures with leverage and short-term trading. However, packaged into a comprehensive ETF, BITO is designed with notable differences that set it apart from simply investing in futures.

The ETF structure and active management characteristics make the fund well suited for a buy-and-hold investor.

In addition, BITO manages the rolling of the futures contracts to maintain this exposure over time, according to the firm.

ProShares believes the fund offers opportunities for both short- and long-term investors.

BITO currently has over $1 billion in investor assets and carries an expense ratio of 95 basis points.