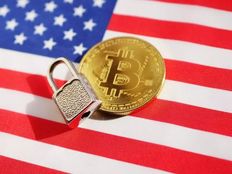 President Biden’s executive order on cryptocurrency, which could lead to the creation of a central bank digital currency, could be a boon for bitcoin, according to one money manager.

The White House issued a statement on Wednesday saying that the president will soon sign the order, which will direct the Justice Department, Treasury, and other departments to study the economic and legal ramifications of creating a central bank digital currency.

That could be seen as an endorsement of digital assets, particularly the more credible ones with established track records, namely bitcoin, and that could ultimately be good news for products such as the Grayscale Bitcoin Trust (GBTC).

As the White House notes, digital assets are experiencing exponential growth. As of last November, the asset class’s combined market value was $3 trillion, up from just $14 billion five years before that. That growth is matriculating to products like GBTC. Now the largest bitcoin index fund in the world, GBTC has $26.9 billion in assets under management, according to issuer data.

“Surveys suggest that around 16 percent of adult Americans – approximately 40 million people – have invested in, traded, or used cryptocurrencies. Over 100 countries are exploring or piloting Central Bank Digital Currencies (CBDCs), a digital form of a country’s sovereign currency,” according to the White House.

Some experts believe that a global youth movement of sorts is propelling the efficacy of digital money, including CBDC.

“Also, it must be remembered that millennials – who are set to be the beneficiaries of the largest ever generational transfer of wealth [according to some estimates US$60 trillion] – have been raised on technology, they’re digital natives. As such, the future of money is also, without doubt, going to be digital,” says deVere Group CEO Nigel Green.

Even if CBDCs take flight, it’s worth remembering that bitcoin and its peers are digital money, too, and the decentralized nature of these assets could keep them attractive to investors.

“Not only are they a store of value and medium of exchange but they have other inherent core values, namely being a viable decentralized, tamper-proof, unconfiscatable monetary system. And this has intrinsic value for investors around the world,” concludes Green.