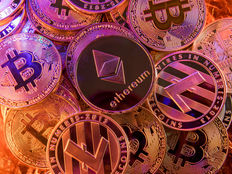 Zero to One: The Largest Change in Crypto

In this issue, we discuss:

“Tulip bulbs.” “ Ponzi scheme.” “The bubble of all bubbles.”

It wasn’t long ago that these words were in common rotation, used by everyone from Warren Buffet to Jamie Dimon to dismiss crypto out of hand.

Oh my, how things have changed.

As I sit down to write this piece, the cover stories of both Barron’s and The Economist are focused on crypto, and the scope and tone of the pieces are stunning.

Barron’s: ​​The war over money is heating up. For the first time in more than a century, the dollar’s supremacy is being challenged. The rise of cryptocurrencies and “stablecoins” has spurred a rethinking of what a currency is, who regulates it, and what it means when it’s no longer controlled by a national government.

The Economist: “[T]he rise of an ecosystem of financial services, known as decentralised finance, or “DeFi,” deserves sober consideration. It has the potential to rewire how the financial system works, with all the promise and perils that entails.

Two years ago, such words were consigned to fringe crypto media. They would get you laughed out of polite company. But today they are everywhere, echoing from the boardrooms of Wall Street to the bike paths of Silicon Valley to the cloistered halls of Washington, D.C.

We’re no longer talking about whether crypto will play a role in our future. The question has shifted.

Now, we’re talking about how big that role will be.

The Impact of Going From Zero to One

Recently I spoke on the lead panel of the Blockworks Digital Asset Summit in New York. The event was sold out, the Cipriani South Street packed with 800+ institutional investors, family office advisors, crypto market participants, and more.

It had been two years since this conference was last held (the 2020 meeting was canceled due to Covid) and the moderator asked us: What’s changed since 2019?

My answer was simple: We’ve gone from zero to one.

Over the past two years, we’ve had a series of major zero-to-one moments that unlocked huge waves of progress in crypto.

But by far the biggest zero-to-one moment has been the simple recognition that crypto isn’t going away.

Two years ago, even at a crypto conference, there was an uncomfortable undercurrent to crypto conversations; a worry, among many professional investors, that they’d wake up some day and see that crypto was just a fad.

But with most major banks and wirehouses now facilitating bitcoin investment … with the rise of DeFi and NFTs … with the potential approval of a bitcoin futures ETF later this year … those conversations have ended.

That’s a game-changer, both for the space as a whole and for investors specifically.

For the space, ending the zero-or-one debate will unlock new waves of capital and human talent. If crypto isn’t going away, it becomes a lot easier to bet your career on crypto; if DeFi is here to stay, it makes more sense to invest billions in integrating with the ecosystem; and so on.

For investors, however, the shift is more meaningful still.

If crypto isn’t going away, pullbacks like the one we saw in late September don’t look so scary.  They’re not the beginning of the end, but rather a possible buying opportunity.

If crypto isn’t going away, mentioning it to clients isn’t an existential threat. There’s less career risk in recommending an asset that is held by some of the top financial institutions in the world than the “magic internet money” Warren Buffett laughed at.

If crypto isn’t going away … if it could tackle markets as big as Barron’s and The Economist suggest … if it might rewire the entire financial ecosystem … it stops looking quite so risky to invest in the space, and starts looking quite a bit riskier to ignore it.

None of this is to say that crypto is in the clear. The space remains volatile and the outlook uncertain. There are icebergs ahead, including challenging regulatory questions that could stunt the growth of certain markets. As always, investors should not invest more than they can afford to lose, and should understand that drawdowns are par for the course.

But the questions have started to get more interesting in crypto, and that’s a big deal.

It’s going to be an exciting 12 months.